Who can stop West Africa's finest from winning the AFCON?

Before most tournaments kick-off, fans and pundits already have a champion in their heads. I remember a friend telling me Liverpool will win the Premier League prior to this past season's first match. Though he got it wrong, some do hit the nail on the head.

Naturally, the most fearsome teams are always tagged as favorites. Their hype won't die until they mess up. Sometimes, underdogs can turn the tables. As witnessed in the ongoing AFCON.

West African juggernauts usually pop up on fans' minds whenever Africa's most decorated competition is in play. There are a few reasons. AFCON'S last three winners come from this region. Also, such sides have been influential on the world's biggest stage. It brings them popularity.

Nigeria came into the limelight when securing Olympic gold in 1996. Two years prior, the Super Eagles played some scintillating football to reach the World Cup's last 16. Senegal also owns a remarkable World Cup story. On their tournament debut, the Lions of Teranga beat defending champions France before falling in the quarterfinals. Ghana boasts the same placing. In the 2010 edition, the Black Stars delivered above all expectations. It's obvious, then, the West African teams are fond of making their continent proud.

As AFCON 2019 reaches its quarter-finals stage, the favourites are intent on showcasing their craftsmanship. Egypt tried but failed. Morocco, Ghana and defending champions Cameroon are three other juggernauts which couldn't go as deep as expected. West Africa still has three strong contenders in Nigeria, Senegal and Ivory Coast.

To make things more interesting, the schedule hasn't paired any of them together. Nigeria will take on South Africa. Senegal goes up against neighbors Benin. Ivory Coast face Algeria. All three games look promising.

The way things are panning out, West Africans hold the best chance of winning the trophy. The region has monopolized the coveted crown by producing three different champions in the last three editions.

The question now is, where does the challenge come from? 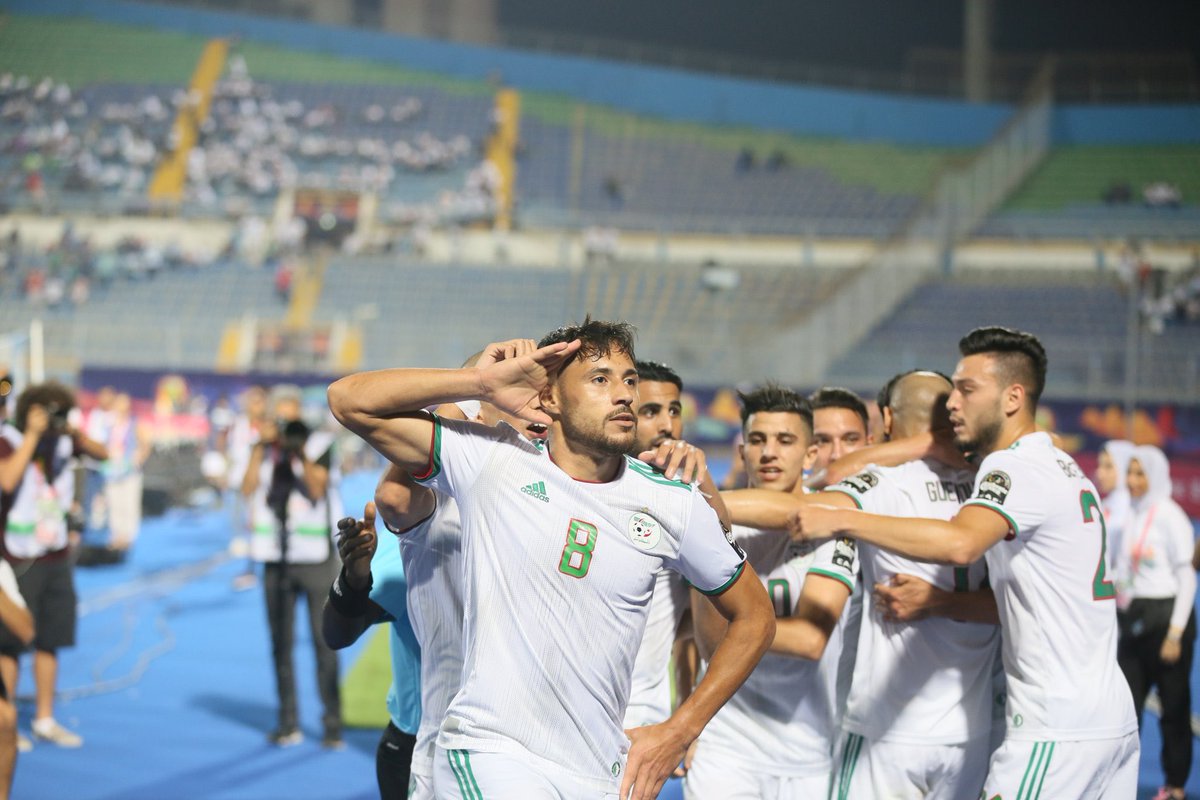 Nigeria played like a beast to send Cameroon home. If they produce such a level against South Africa, then a semi-final spot is theirs for the taking. Benin is in West Africa as well, but the Squirrels will struggle to get past a Sadio Mane-inspired Senegal. Madagascar's impressive run is likely to end in the next round, too.

That leaves only Tunisia and Algeria to challenge West Africa's dominance. Are the Northerners capable?

Tunisia are ranked the continent's second-best team, holding FIFA's 25th position in the world. The Eagles of Carthage got over a big hurdle in the last round by showing Ghana the exit. Having drawn all three group games to squeeze their way to the knockouts, they're demonstrating a lot of toughness and determination. Alain Giresse's men know their own strength and weakness. That's why they were unbreakable despite Ghana's high pressure.

If Tunisia overcome Madagascar, as expected, Senegal will probably await. Their previous nine wins and four losses against the Senegalese prove they can't be ruled out. They'll provide a huge test for Aliou Cisse's side.

Algeria also have the players to succeed. The Desert Foxes possess Riyad Mahrez, Baghdad Bounedjah, Islam Slimani, Sofiane Feghouli, and Adam Ounas. They won all three matches to top a difficult group which included Senegal, Tanzania, and Kenya. Djamel Belmadi's charges have what it takes to down Ivory Coast.

Should that happen, Algeria's next mission will likely be to eliminate a Nigerian side which is in hot form. They will take confidence from dismantling the Super Eagles 3-0 in their last meeting.

It's a glaring fact West Africa's finest won't have things their own way. Both Tunisia and Algeria are strong enough to threaten the AFCON crown come the final in seven days' time.