Can Griezmann, Messi flourish in the same team?

Antoine Griezmann came close to ditching Atletico Madrid for Barcelona last summer, but the Frenchman made a u-turn and committed his future to Los Rojiblancos. It appeared the winger had decided to see out his career at the Spanish capital. There was a lot to gain as Diego Simeone had built a competitive team that was challenging for trophies both in Europe and on the domestic front. Plus, he was on the path to cementing his legacy at the club as a legend.

The 28-year-old has become a league champion, Europa League and Super Cup winner while playing for the club. He has also come close to winning the Champions League having reached the final. With a readiness to increase investment in top players (despite high profile departures) there was a possibility for more. Yet, he chose to leave for Barcelona.

Obviously, there is a good, even better chance of achieving success at Camp Nou. But by leaving Madrid, he has given up the chance of attaining legendary status with a club where he was considered the star man. At Barcelona, Griezmann is not the main man. This is Lionel Messi’s territory. The Argentine reigns supreme here and every other player has to play second fiddle. As with Luis Suarez, Phillippe Coutinho was the key player while at Liverpool. But after swapping Anfield for Camp Nou, he found out he was just another squad member here.

In fact, the Brazilian has had a difficult relationship with a section of the club’s fans as a result of what they consider to be unsatisfactory output. That may have contributed to the acquisition of Griezmann. 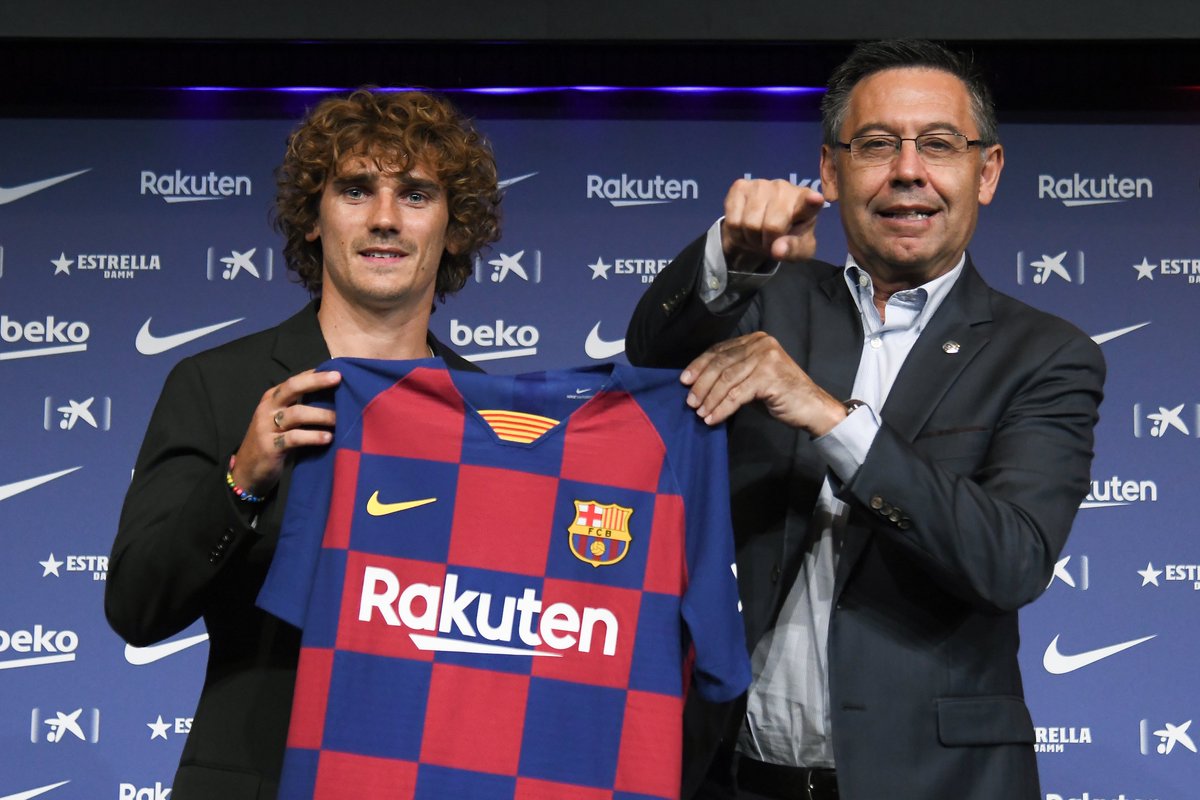 Squawka News
SquawkaNews
Follow
Antoine Griezmann on Lionel Messi: "The thing that makes me happiest is playing with a partner like him. Messi will be a legend for my son and my son's children. He's like LeBron James for basketball." https://t.co/QGMQznosRx
Follow
11:01 AM - 15th Jul 19
49
331

So it’s easy to see the Brazilian being moved on sooner or later to make room for the new man. But even if he stays, he is now set to become second choice to the Frenchman.

Messi, Suarez and Griezmann will become the front three in Ernesto Valverde’s preferred 4-3-3 system. The issue though is who plays where in that front line. Luis Suarez is favoured to lead the line as the top striker while Messi and Griezmann will occupy the wings. The problem is, both men prefer to play on the right. The Frenchman will have to move over to the left as his older teammate's preference will take precedence. But that could curtail Griezmann's production.

The alternative will be for Valverde to play either of Ousmane Dembele or Coutinho on the left-wing while switching Griezmann to the right and playing Messi behind the striker. In this scenario, the Argentine can switch places with the former Real Sociedad forward as suitable. Playing behind the striker has become a favourite position for Griezmann as he was often deployed there by Diego Simeone. He even won the World Cup playing in the position for the French national team behind Olivier Giroud.

Thus, the fluidity in the front line where the three frontmen can also switch positions will make the team very difficult for opponents to handle. Griezmann comes loaded with goals and that can only help the team do better, especially in Europe. On days where either of Messi or Suarez fails to shine as was the case against Liverpool at Anfield last season, unlike Coutinho, the new man should be able to deliver with the goods and help the team get through...