By Mark Dannell
1 Fc Koln Borussia Dortmund Bundesliga European Football Fc Bayern Germany Match Preview Rb Leipzig Schalke
Bayern needs to bounce back sharpish, Leipzig and Dortmund will want to build on last week. The Bundesliga is back with Gameweek 12 and Mark Dannell has the preview, with some interesting looking fixtures over the weekend. 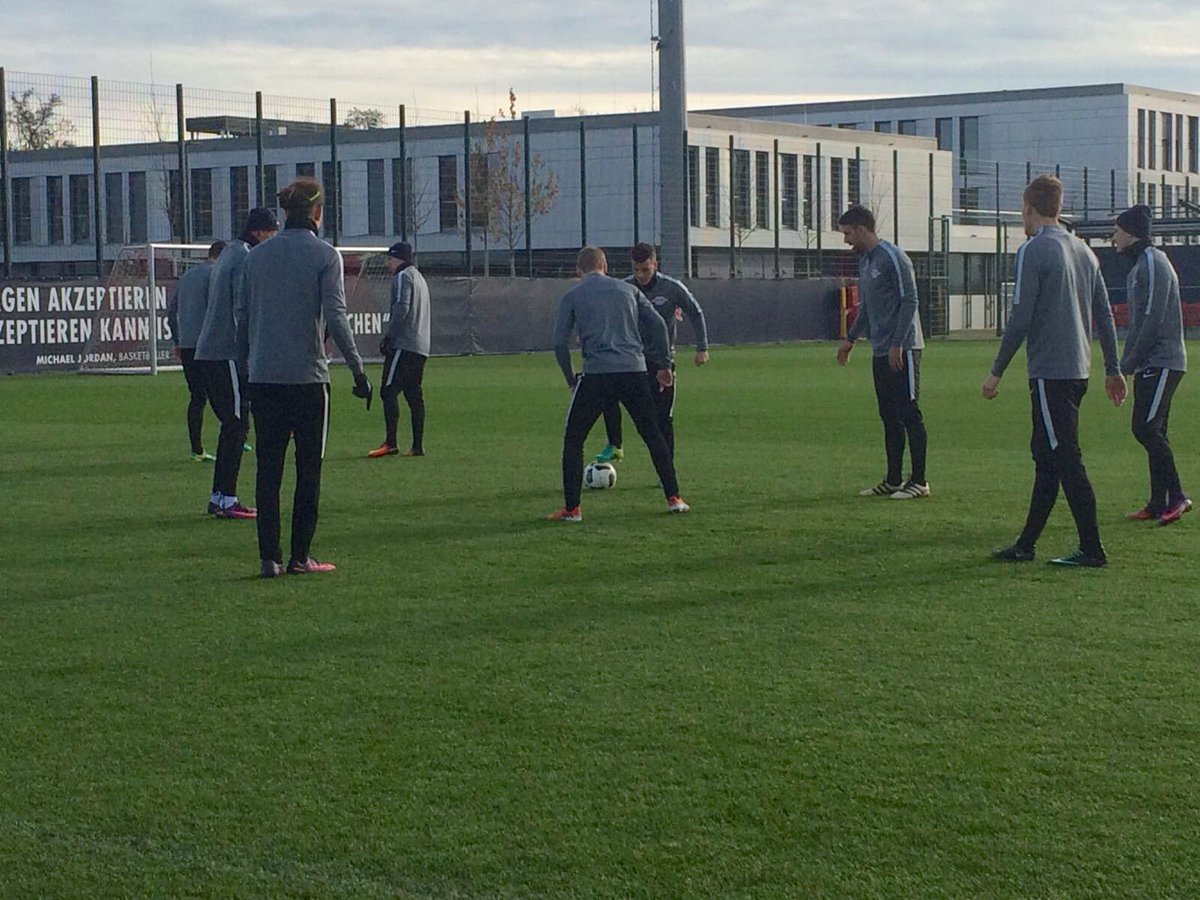 RB Leipzig English
RBLeipzig_EN
Follow
Back on the ball! ⚽️ Preparations are in full swing for Friday night's game against @scfreiburg! #SCFRBL 🔴⚪️ https://t.co/PhRmfHINDE
Follow
11:09 AM - 23rd Nov 16
3
14
Another Friday night game for Leipzig and a chance to (temporarily) go six points clear at the top. Few would bet against them doing just that this week, Freiburg have gotten themselves into a little mini slump after the highs of their first away win in GW9, losing to Wolfsburg and Mainz. You can bet on them being well up for this game, Christian Streich, the Freiburg trainer is a fiery character.

There has been more than enough written about RB Leipzig, now everyone knows their story. The fact that they are only playing one game a week will help them enormously in their maiden season in the Bundesliga, but more impressive is the spread of goals to be found throughout the side with Forsberg, Werner, Orban and others all contributing multiple strikes. Furthermore, the steel and determination to secure the points became evident last week against Leverkusen and I back them to do it again this week.

We are starting to head into must-win territory for Andre Schubert and his side, 2 points in the last 5 games is simply not good enough. When even your supposed home fortress begins to crumble then you know there is a problem, Hamburg and Frankfurt both left with a point while Köln left with all 3 last week. And now Hoffenheim come to town on a roll, still unbeaten..

Bold prediction time... they will leave unbeaten but probably with a point, which will suit them nicely. Nagelsmann and his side are full of confidence, and an away point at Bayern was great; they also secured a point with a below-par display against Hamburg last week. Those little problems will be ironed out for this week and Mönchengladbach won't be helped by midweek action in the Champions League.

If I was going to pick a banker this week I'd be seriously considering picking Köln. Fresh off that win at BMG, in front of their home fans, and playing a game against a limited Augsburg, there really shouldn't be any problems for the Billy Goats this week.

Both sides have key players injured, for Köln keeper Horn and playmaker Bittencourt are out but Augsburg has been hit hard by the absence of Finnbogason whose goals pulled them clear of relegation last season.

Relegation 6 Pointer! That the northern rivals meet in these circumstances would have been a shock at the start of the season but that's the Bundesliga for you! A win here for Werder Bremen would be a massive blow moving towards December, but after their loss last week I just can't back them to secure it.

Hamburg, on the other hand, secured a morale-boosting point at high-flying Hoffenheim but still have massive problems at the back. There will be goals but I think Hamburg will edge it. 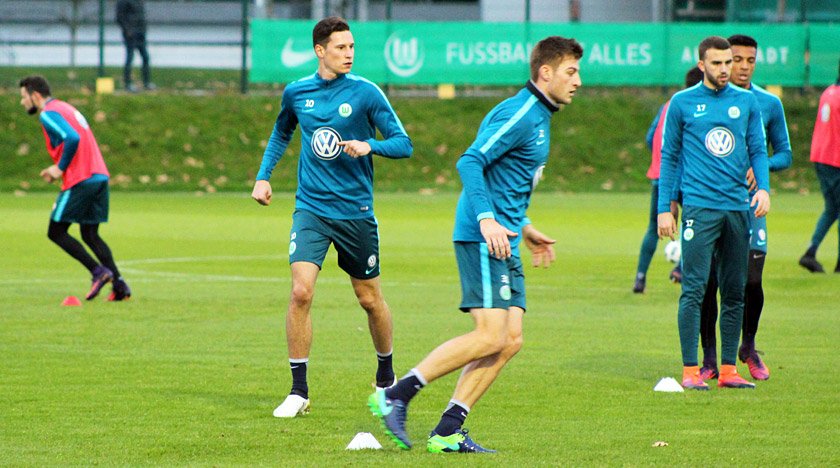 VfL Wolfsburg EN
VfLWolfsburg_EN
Follow
.@Julian_Draxler is back in team training👍
➡️ https://t.co/OLMoLt5fTq https://t.co/C5u9mu2Pn7
Follow
06:36 AM - 23rd Nov 16
14
32
Dare I say it? Well, it's true, relegation 6 pointer... Saturday afternoon is going to be great on the Bundesliga conference show. In comparison to the previous game there probably won't be goals flowing (so lump on the over 3.5, you know my predictions are awful). It seemed Maik Walpurgis does a passable impression of Gandalf from that Lord of the Rings film judging by last week's smash and grab victory - at Darmstadt. If he can get the defence organised in a week, then perhaps he is the 2nd coming of Tony Pulis?!

Wolfsburg looked limp and lame against Schalke last week, Mario Gomez commented afterwards that he was “not surprised” they had lost which was a bit of an eye opener. I would not be surprised to suffer the same fate again this week, but the return of Julian Draxler might be a boost for them.

The first of 2 games involving teams chasing the European spots and the final Saturday afternoon kick off. Frankfurt scrapped their way to 3 points against Werder last week despite trailing and playing poorly in the first half. Dortmund fans have had a great week, beating Bayern and then seeing Marco Reus return and bag a (debatable) hat-trick in the Champions League demolition of Legia Warsaw.

Frankfurt will surely not be as accommodating as Legia, especially having had a week to work on the training pitch but what or who do they prepare for? With Reus now fit the only certain starter is Aubameyang, any of the five behind him could come from near ten players!

Frankfurt do have a few injuries and a suspension to deal with, but it is really difficult to write them off in their current form. Playing at home where they will be expected to mix it with Dortmund might just be the deciding factor in this game and Dortmund can pick anyone off on the break.

Trouble in paradise? A near full strength Bayern side was turned over in Rostov of all places this week. Jerome Boateng had a horrible game. He was at fault for the first goal, gave away the penalty for the 2nd and limped off injured. Criticism arrived after the match from president Rumminegge too. Now they will only finish 2nd in the group and could get Barcelona/Real or even worse, Leicester!

Leverkusen managed a draw in Moscow which was enough to secure their pace in the next round. It is hard to see past a bounce-back win for Bayern though, despite the extra day of rest for Leverkusen they cannot afford to give up any more ground. And where would a loss leave Leverkusen? Well marooned in mid-table which really isn't good enough.

Schalke found themselves back in Europa League action this week, but with qualification already in the bag they can afford to rest a few key names. Two facts for you; Schalke has never failed to score a goal against Darmstadt, and Darmstadt are so far pointless away from home this season. I expect both of those to still be correct come full time on Sunday afternoon. 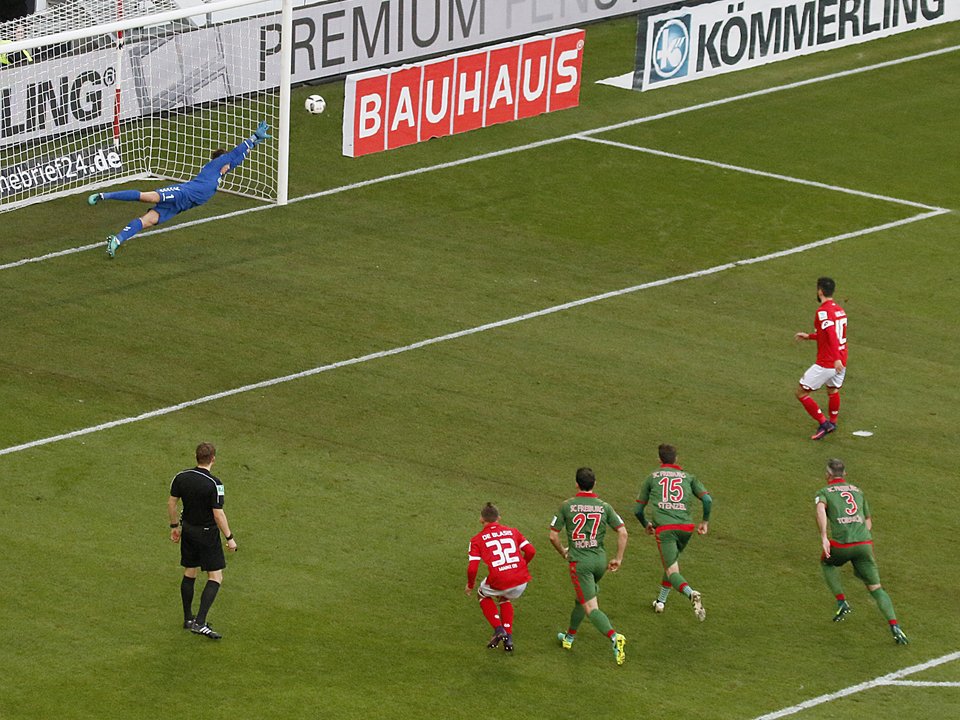 Mainz 05 English
Mainz05en
Follow
On Saturday @yunusmalli10 became our joint-highest ever #Bundesliga goalscorer! Read about his impact on #Mainz05 👉 https://t.co/Rk26DOHtRw https://t.co/CMdZDJVC71
Follow
14:01 PM - 21st Nov 16
1
2
In theory, this one is easy to call, Mainz have tended to be generally terrible after Europa League action, and have suffered decisive defeats in their last two away games at Schalke and Leipzig. Hertha are a strong outfit at home, and they'll be desperate to make up some ground after stumbling last week at Augsburg. After starting like a train it's gone a bit quiet on the goals front for Vedad Ibisevic, I think he might find a bit of joy here, though.

Mainz will be relying on Yunus Malli and you can find out more about him via the tweet above!