By Ryan Stewart
England Women European Football Lionesses Norway Opinion Slider Articles Womens Football Womens Super League
Norway's men's senior team failed to qualify for next summer's world cup after confirming their elimination during the October international fixtures, not the most surprising outcome with Norway far from Europe's elite, the Norwegian Football Association, however, announced something that sets them aside from other countries.

During the weekend the Norwegian FA announced that they will now pay their men and Women's national teams the same amount. The suggestion that the women's teams should earn the same as the men's is a debate that can often be quite heated. With the notoriously inflated wages in the male game the main cause for the argument that the ever-growing women's game should see the same wealthy benefits. Norway has seen this as something they agree with and now both will earn the same.

Both teams now stand to earn 6m Norwegian Krone annually (£574,540). Naturally not a gastronomic sum in the crazy world of football but for the level of their football, it's more than reasonable. 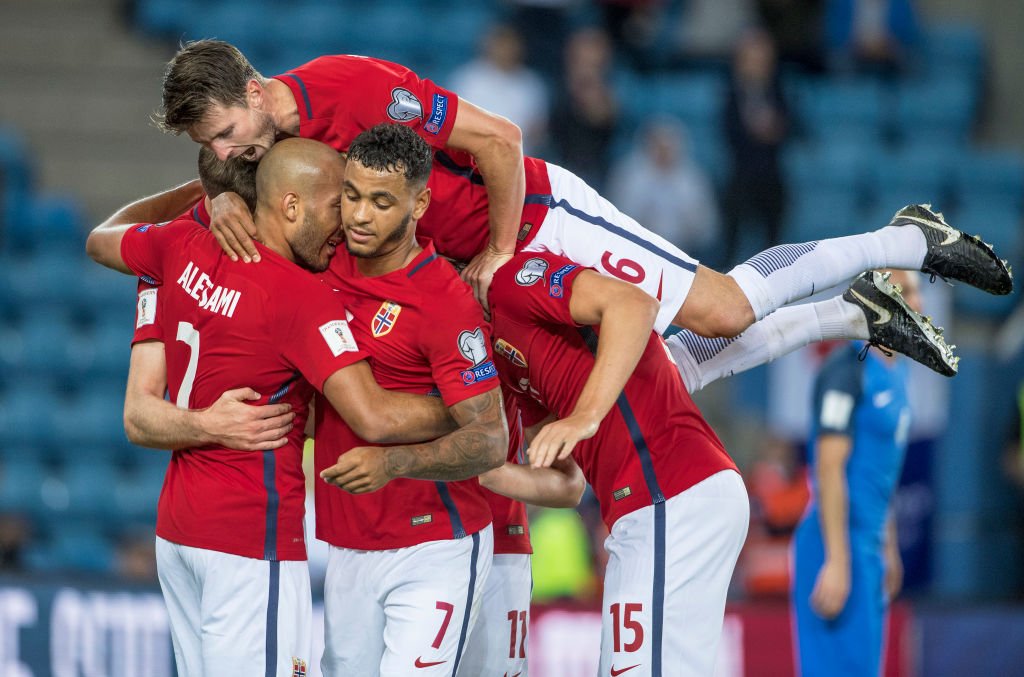 Squawka News
SquawkaNews
Follow
OFFICIAL: The Norwegian FA have confirmed an agreement that will see their men's and women's team receive an equal wage. https://t.co/SuVlQDoJQP
Follow
17:57 PM - 7th Oct 17
818
1423
Now that the Norwegian F.A. have actioned this, will others associations follow suit? There could well now be more pressure to do so, but whether other nations can find this sustainable is another question.

The Women's game has come on leaps and bounds over the last few years after a great deal of exposure at major tournaments as well as huge strides in the club game, particularly in England. England's Lionesses have reached the semi-finals of the last two major tournaments and in doing so have put themselves up to third place in the world rankings. The domestic league in England has also become stronger than ever with all the exposure and influx of funding. With this evolution spreading across the entirety of the Women's game. England's success, in particular, has led to suggestions that women should now be paid the same as men, however, such a claim brings up a whole host of issues.

The main issue? The amount of money generated by each. The Premier League itself generates a revenue well above the £3billion mark, an astonishing figure to say the least. This is all accumulated from the likes of televisions deals, shirt and merchandise sales and not to mention the multimillion pounds worth of sponsorship partners each club boasts nowadays. On the ladies side of the game the Women's Super League, which is, of course, the main domestic league in England, pales in comparison to the sheer size of the figures brought in by the male game. It is of course completely understandable and in no way a criticism of the women's game that they are nowhere near equal in terms of revenue but with this being the case, the idea for equal pay isn't sustainable.

Perhaps some form of pay rise within the women's game is understandable with the growth of the game and global reach it is beginning to receive, the England Women's team, for example, have made massive strides, but to then suggest their salary should match the men's without matching the money and global identity is not logical. The argument that money in football is crazy and overinflated does, of course, come into play. Some salaries in the men's game are simply ludicrous, so maybe they need to be brought down with a form of salary cap before universally equal pay can even be remotely considered. It's not to try and glorify one gender while demeaning another, not at all! It's simply the facts and figures being put together to form sensibility.

The realism is that there's too much money in the men's game and that has to be capped at a certain height before any form of equal pay can occur.

Nations like Norway have of course set a great example to follow,  but for those nations who see a much bigger income, it is not so easy as people believe.