What more is there to be said about Kylian Mbappe? At just 20, the youngster's achievements already surpass most footballer's dreams. Already among the best in the world when he burst onto the scene in 2016, his progress in the last three years has been outstanding.

Forget speculation he was a one-season wonder when he fired Monaco to a surprise league title under Leonardo Jardim. Mbappe added several more trophies upon moving to the Parc des Princes. Then he won a World Cup. Netting 27 league goals in 24 appearances this season confirms his place in the fore among the game's top forwards. It also makes him a hot property in the market. No wonder a reported €280 million price tag is attached to his services.

That will scare a lot of teams although Real Madrid is definitely not one.

After joining from Barcelona for a world record transfer fee, Neymar was expected to be the king in the French capital. Mbappe gradually stole the spotlight from his more illustrious teammate. Enjoying fine scoring form, he is more influential to the team than ever. Neymar's injuries diminish his impact. The young Frenchman is now the key figure for PSG. On the other hand, Les Rouge et Bleu's persistent struggles in the Champions League and Ligue 1's inferiority to La Liga inhibits his chances at the Ballon d'Or.

PSG’s recent capitulation to Manchester United in the Champions League added fuel to the fire stoking the rumour mill. 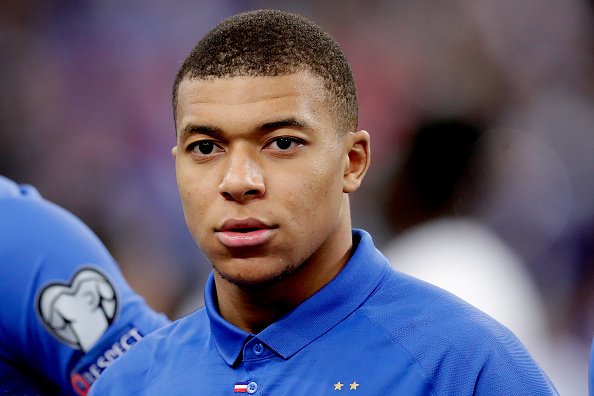 It is reportedly going to be some summer for Real Madrid.

Real Madrid is the expected destination. Los Blancos must replace Cristiano Ronaldo. It’s clear that despite recent reluctance to add new Galacticos to the squad, that may well be the solution in the second Zinedine Zidane era and beyond.

Zizou opened the floodgates by acquiring highly-rated Brazilian defender, Eder Militao from Porto. Rumours are Raphael Varane could leave and Sergio Ramos' wanderlust has repeatedly cost the Merengues points. But it is in the midfield and attack where the real work must be done. Apart from Mbappe, Eden Hazard and Paul Pogba are the other new faces who could grace the Santiago Bernabeu in the near future.

Although Mbappe came out recently to assure PSG fans he is going nowhere this summer, one cannot rule out the possibility. Brendan Rodgers was committed to Celtic until the day he left for Leicester City. Mbappe may spend another year or two in France, but it will be difficult for the Parisians to keep him longer without Champions League glory.

When asked, many players label a move to Real Madrid irresistible. There's no reason Mbappe shouldn't entertain the fantasy. He visited the Santiago Bernabeu some years ago and met his idol, Ronaldo. Wearing the white shirt is an achievement in itself. French legend Zidane's presence only makes the dream more tantalising.

It shouldn't come as a surprise then if Mbappe is unveiled at the Santiago Bernabeu as the latest Galactico.