A newly-promoted team has one target in the Premier League. Survival. That's no different for Sheffield United next season.

After finishing second in the Championship to earn automatic promotion, the Blades are preparing for a more demanding challenge. Retaining their top-flight status will be difficult. Planning ahead is vital.

Signing Phil Jagielka was a good way to start. The Englishman made his Sheffield United return two weeks ago, joining on a free transfer from Everton. At 36, he will offer the Blades a short-term fix, providing them with vast experience.

Jagielka's 322 Premier League appearances will no doubt help massively in the dressing room. He'll give youngsters the confidence in which to grow. Having come through the Bramall Lane ranks, he knows all the club's ins-and-outs.

Besides Jagielka, Sheffield United's summer business has been astute so far. They have brought in attacking midfielder Luke Freeman from Queens Park Rangers, winger Callum Robinson from Preston North End, as well as adding former Manchester United attacker Ravel Morrison, who had been playing in Sweden at Ostersund. All three have something to offer in the Blades' survival push.

One or two strikers could be on the way, too. Reports suggest a fee has been agreed for Bournemouth's Lys Mousset. Swansea’s Oli McBurnie is also on the cards. Should both join this summer, manager Chris Wilder will have a squad capable of competing in the Premier League.

As Sheffield United freshen up, Jagielka has a big role in acting as an intermediary between new arrivals and existing squad members. His top-flight exposure, traveling to stadiums such as Anfield and the Etihad, tasting both sweet victories and bitter defeats will all come in handy next campaign. 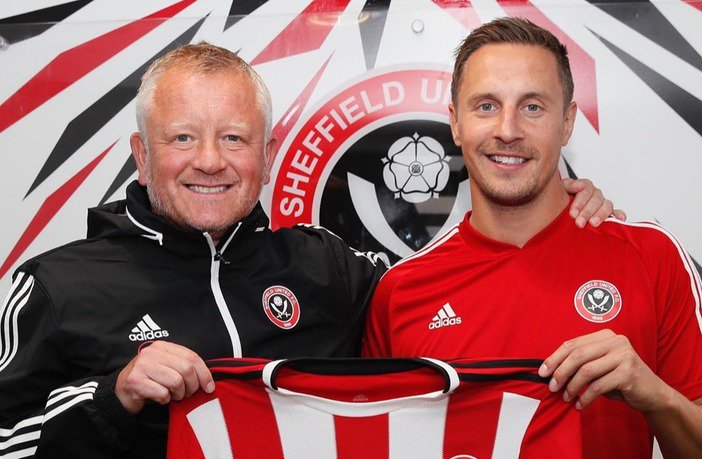 Apart from his knowledge and leadership, Jagielka still possesses the on-pitch ability. He is a good centre-back, one who can mix it with the best on his day. The former England international might not have the legs like once before, yet he can get the job done. His combativeness along with anticipation are both assets to Sheffield United.

Jagielka's understanding is much more important to a relegation-threatened team than the exuberance of a young defender who's recently earned promotion. Such players usually have no idea what the Premier League has in store.

Having a system which mixes both is the best way. Experience and youth complement each other. What one lacks the other provides.

In 2018/19, Fulham embarked on the top flight by signing as many new players as possible. It didn't work. Too much change too quickly meant team cohesion was impossible. The Cottagers finished second-bottom, ten points from safety. Sheffield United have taken note. That's why they've backed their new faces with old-guard Jagielka

If all goes to plan, Wilder has a player who could eventually join the coaching staff. Similar to John Terry at Aston Villa. That was probably in Jagielka's mind when returning to Bramall Lane. First, to fully enjoy his remaining playing time, he must ensure Sheffield United avoid relegation. It's an achievable target.

Temitope, an ardent soccer fan. I may be based in Lagos but I watch as much European football as I can. I've been writing about football for several years, before I joined IRIAW you may have seen my work on The Football Weeks. I'm also a keen music fan