Courtois must raise his game for Belgium at the World Cup

It is a known fact that Chelsea shot-stopper Thibaut Courtois ranks among the world's best. Perhaps Chelsea’s shambolic title defence has affected him. Perhaps it's his indecision regarding his future. No one knows but the lanky custodian has been subpar in recent weeks. His poor play has inspired the Meme Police to depict him on social media in Chelsea's salmon-coloured kit with a matching lace skirt. In Chelsea’s Champions League Round of 16 clash away at the Camp Nou he was twice nutmegged by Barcelona's Lionel Messi. Even before the skirts began flying across cyberspace at warp ten it was downright embarrassing for a player of his reputation.

He has been left behind by David De Gea as the best goalkeeper in the Premier League. In the recent past, the duo were on a level plane. The Spanish number one has leapt ahead this season with another stellar campaign for Manchester United. Bayern Munich's Manuel Neuer has fallen to a distant third without stiffer competition to test him in the Bundesliga. Courtois does have 13 clean sheets in the Premier League this term, two behind De Gea. That said, he is nowhere near so dominant as in last season's title run with the Blues.

Courtois has won two league titles in the past four campaigns counting this one. Still it's possible he played his best football with Atletico Madrid under Diego Simeone. At the Vicente Calderon he was up there with the very best and a key reason Chelsea fell to Atletico in the 2014 Champions League semifinal. He played against Chelsea in the Rojiblancos' colours and made a match-defining save from countryman Eden Hazard with the score at 1-1. Talk about conflicted loyalties.

He is still the number one for the Belgian national team. Simon Mignolet can't even hold the shirt at Liverpool. Courtois will be in goal at this summer’s World Cup. He is 25, a very good age for a goalkeeper, but must raise his game for the perennial underachievers. Belgium is not leaning on the phrase when they call this squad their golden generation. Rather they are defining the term.

For all that Jan Vertoghen, Marouane Fellaini, Vincent Kompany, Thomas Vermaelen, Dries Mertens, and Radja Nainggolan aren't likely to make another World Cup. It is now or never for Roberto Martinez's group. Failing at this tournament will affect their reputation in the minds of Belgian football stakeholders. There can't be any distractions.

Perhaps Courtois is not settled in West London. His family is based in Madrid. He has not agreed a new contract with Chelsea. The Blues are prepared to make him the highest-paid goalkeeper in the world but his mind and heart may be elsewhere. From his place between the sticks he can see better than most they are being left behind by more monied clubs in England and Europe.

His contract expires in 2019. It is reported Paris Saint-Germain and Real Madrid are interested in his services. It might help his focus to make that decision now rather than let it hang over the Premier League run-in and the Mundial. He must be in the right frame of mind for Belgium to challenge for the World Cup title. Anything short of complete focus will be skirting disaster. 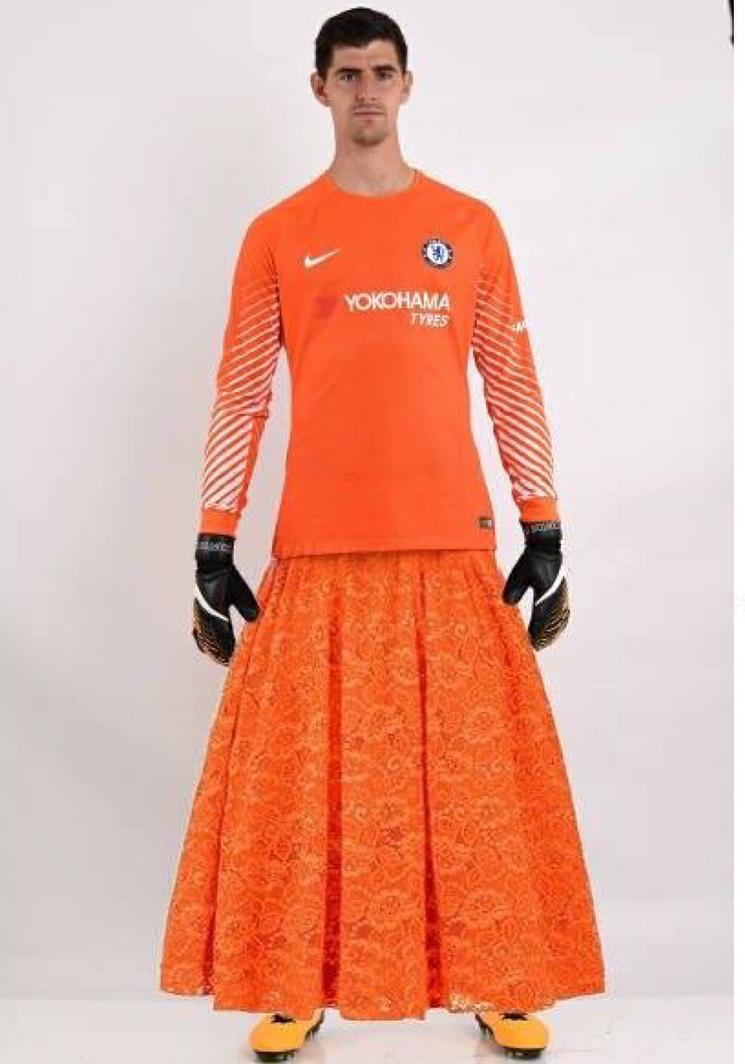 I like to class myself as a workaholic but whatever I am doing in life I will find the time to watch football. I'm a keen fan of Chelsea and know that one day we will return to the top of the Premier League. Faith, therefore, is important!