Are the current Premier League bottom three doomed to relegation?

Although there are 24 Premier League games still to play, West Ham United, Swansea City and Crystal Palace are firm favourites for the drop. They look incapable of overtaking the teams placed 17th upwards in the table. The three sides will struggle to get anywhere near the magic 40-point safety mark.

The Hammers continue to get Hammered

On David Moyes' return to Goodison Park, his West Ham side were thrashed. The first half was a particular concern, as they failed to muster a single shot. Even worse, Everton, on average, had conceded eight shots per 45 minutes in the previous two-and-half games. It doesn't bode well for the Hammers.

Manuel Lanzini is West Ham's major source of creativity. His penalty miss against the Toffees summed up the team's current plight.

Moyes has a sizeable task on his hands. It is possibly too big for him to handle. The Scot could make history in just over five months by becoming the first manager to suffer consecutive relegations in the Premier League. That really would end his career in the top division.

Swans forget how to fly

In January, Paul Clement instantly transformed Swansea. He dragged the Welsh outfit from the relegation zone with 8 wins from 18 matches, sealing their safety with a game to spare.

The former Chelsea, Real Madrid and Bayern Munich assistant was the Swans' fourth manager of last season (including caretakers). When all looked lost, he arrived to steady the ship.

Since the summer, however, Swansea seem bereft of ideas offensively. They sold talismanic Icelander, Gylfi Sigurdsson and failed to replace him. Scoring only 7 times in 14 league games this season proves where the problem lies. Clement's side went through November without finding the net. The barren run cannot continue if they are to stay up.

The Swans are averaging less than two attempts on target per game in the league. Adventurous, this team certainly isn’t. 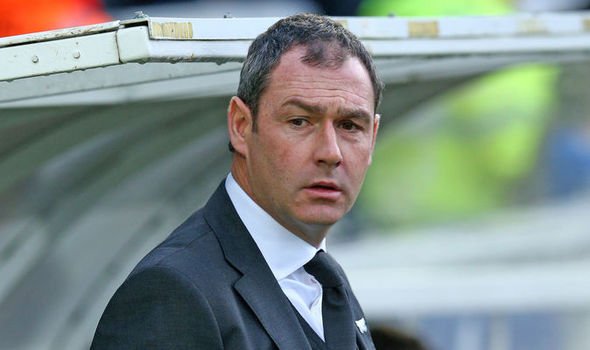 Eagles forget how to soar

Currently, the Eagles are rooted to the bottom of the table, as well as winless and goalless away from home. Unless manager Roy Hodgson can address those issues, Palace will surely go down.

The Hammers are 18th having only amassed ten points, while the Swans and Eagles are on nine points. Moyes’ side have shipped the most goals in the league with 30. Swansea and Palace, meanwhile, are the lowest scorers.

Between them, the three teams don't have a player capable of turning around their side's fortunes. They also won just one game combined in November. December's not looking all too bright either, with some tough contests ahead. The Premier League's bottom three are in dire straits.

The game between Swansea and Palace on 23rd December already looks like a six-pointer in the fight against relegation.

I know most people either love them or hate them but I a massive fan of Manchester United. I'm not afraid to speak the truth. Writing it as it is, bold enough to say it in the way no manager or player could say in public. I write about all things football but I love music as well, both listening and playing, keen drummer.