Why Manchester United should move for Samuel Umtiti

The two Manchester giants experienced contrasting emotions during the recently-concluded Premier League campaign. While City conquered the division and became the first English side ever to sweep all three domestic trophies, rivals United endured an unwanted roller-coaster ride and often struggled for form.

Led by Jose Mourinho, Man United began the season poorly. They were a mere shadow of the team which had finished second only three months prior. Following too many bad results, public criticism, as well as clashes between players and management, Mourinho was dismissed a week before Christmas Day. To replace him, Ole Gunnar Solskjaer was ushered in as caretaker.

Appointing the Norwegian brought some initial relief to Old Trafford. He kicked off with convincing performances in his first ten league games. Due to the upturn in form domestically along with the odds-defying Champions League victory over Paris Saint-Germain, Solskjaer soon secured the role permanently.

The former United striker couldn't keep it up, though. The Red Devils hit a rough patch in the campaign's latter stages. A sixth-place finish was all they could muster. Hence, it became clear that to compete for silverware anytime soon, the team needs reinforcing.

In this transfer window, Man United are keen to bolster their squad with some genuine talent. They are off to a great start, having completed deals for winger Daniel James and right-back Aaron Wan-Bissaka. Those two will definitely add strength in their respective positions.

Still, there's more work to do. United are short in central defence. It's been a problem area for the past few years. They conceded a whopping 54 Premier League goals this past season. Ten sides bettered their defensive record.

On that note, the Red Devils have been linked to numerous centre-back possibilities. One who would fit the bill perfectly is Samuel Umtiti. 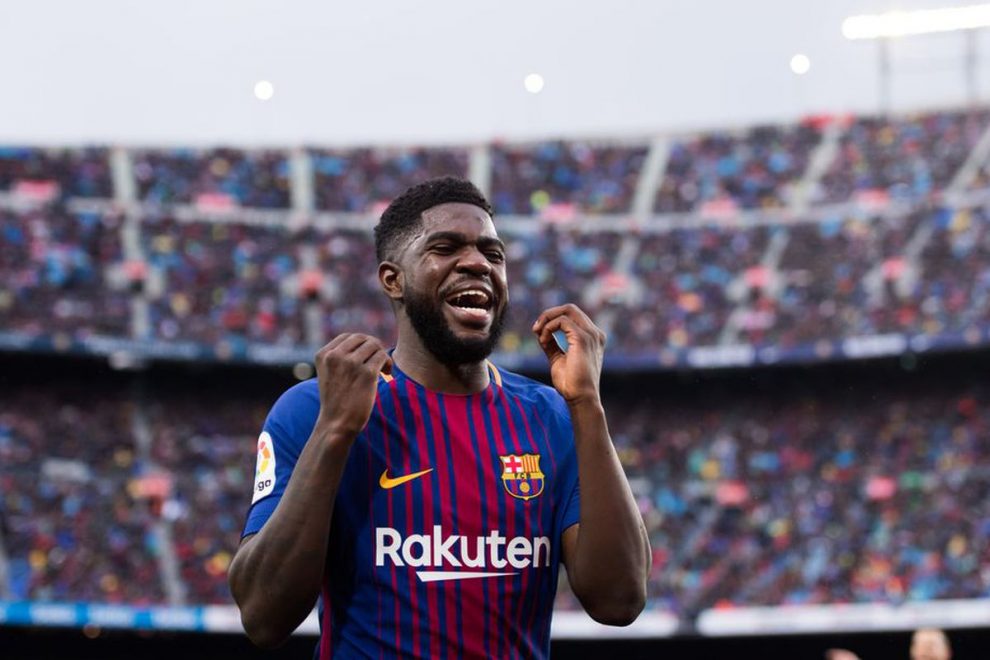 Umtiti joined Barcelona from Olympique Lyon in summer 2016. He quickly established himself as a vital cog in Los Blaugrana's rearguard. In his first season, the France international was at the peak of his powers while amassing 42 appearances. He helped the Catalans to La Liga's second-best defensive record.

Unfortunately, Umtiti's career has gone downhill since. This past season, a knee injury kept him out for 28 games. That forced Ernesto Valverde to turn elsewhere. Clement Lenglet took his opportunity with brilliant displays.

Returning into Barca's starting lineup is far from Umtiti's reach. According to reports, he's not prepared to fight and is considering leaving Camp Nou this summer. This opens things up for Manchester United to lure him. Ed Woodward needs to act quickly.

There's no doubting Umtiti's quality. On his day, he is one of Europe's top centre backs. His energy, rigidity, and composure on the ball would improve United's defense tremendously. In this highly-inflated market, the Frenchman's reported £50-million price tag represents a bargain.

If true and Umtiti wants to quit Barcelona, joining United is a very realistic prospect. He would have a much greater chance of regular game time. This move makes sense for both club and player.