Ever since the Bosman Ruling came into effect in 1995, players within the European Union have been allowed to leave a club for no fee once their contract has expired. Famous cases of this include Sol Campbell’s controversial switch from Tottenham Hotspur to Arsenal, Andrea Pirlo swapping AC Milan for Juventus in 2011, and less than three years later, Robert Lewandowski’s move to Bayern Munich after leaving Borussia Dortmund. Which big names could be added to that particular list in time for next season?

More recently, Aaron Ramsey is the most-significant player to have taken advantage of the free transfer rule. The Welshman ended his 11-year stay at Arsenal to join Italian giant Juventus, where he’ll earn a whopping £400,000 per week.

There are others, too. Here we look at five of the best talents currently available on a free transfer

Chelsea’s former two-time Player of the Year has struggled to make a similar impact at Manchester United since joining in 2014. The Spaniard, having started only 16 league games since August, is expected to switch clubs in the coming weeks. His availability has attracted suitors, both in England and Spain. 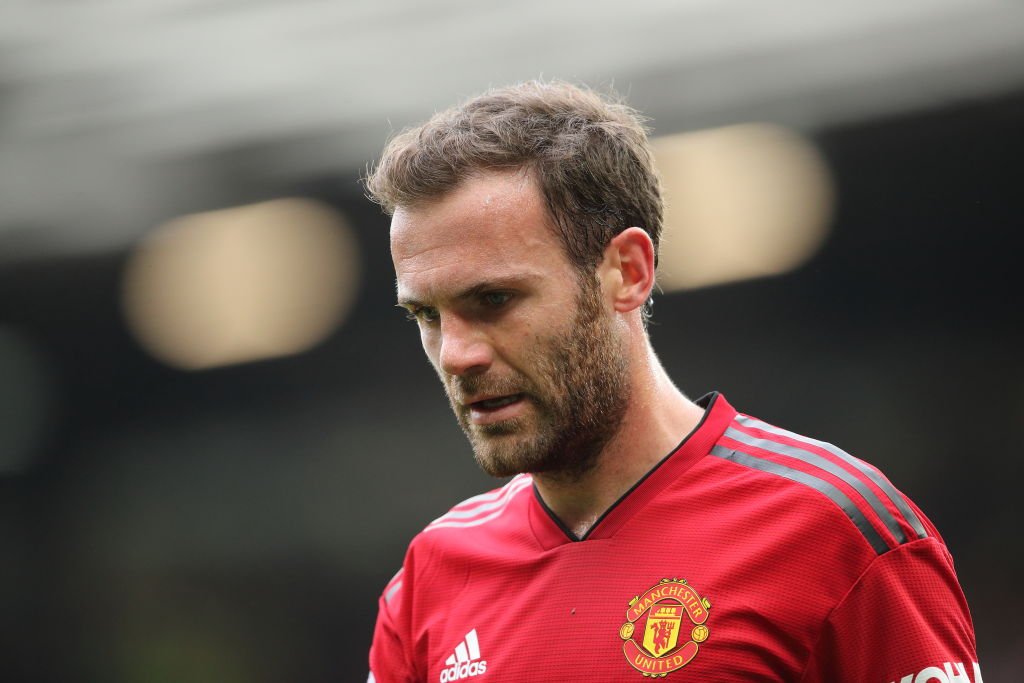 Brighton and Hove Albion is currently the second favourite with bookmakers to sign up Juan Mata. However, should he wish to remain in the Premier League, there’s perhaps a better option open to him. Newcastle United is a bigger entity and has fewer relegation worries. Moreover, Mata’s worked under Rafael Benitez previously, at Chelsea in 2012/13. Should a move materialise, the Man United midfielder would no doubt bolster the Magpies’ creativity in attack.

Barcelona is rumoured to be in the running, too. That would be a somewhat bizarre switch, though. Blaugrana’s attack is already stacked. With Antoine Griezmann’s expected arrival to further boost it, Mata would find himself firmly down the pecking order. Sticking in La Liga, Valencia would prove his best bet. He spent four years with Los Che from 2007-11, winning one Copa del Rey. A return will not only offer the required game time but also provide him with Champions League football next season.

After showing promise as a youngster, the 24-year-old has experienced a tumultuous past six months at Paris Saint-Germain. It includes his rocky relationship with manager Thomas Tuchel, being forced to train with the reserves, and possibly most damaging, the Frenchman’s two-week suspension for visiting a nightclub after defeat to Man United. Seemingly, making amends is out of the question.

Barcelona were thought to be close to ending Adrien Rabiot’s nightmare earlier this year, but the Catalans have since ruled out completing the transfer. His agent’s demands, as well as the acquisition of Frenkie de Jong, is among the main reasons why. Now, Arsenal are reportedly leading the race to sign the PSG midfielder. Followed closely by Liverpool and Tottenham.

Arsenal is a decent shout. At both Liverpool and Tottenham, this season’s two Champions League finalists, Rabiot would likely struggle to make an instant impact. With the Gunners, meanwhile, he could realistically challenge the much-maligned Granit Xhaka for a starting berth, while helping to ease the loss of Ramsey, and begin rebuilding his reputation. Rabiot’s calmness on the ball would be an asset to Unai Emery’s side.

The German striker announced six days ago he would leave Werder Bremen at the season’s end. His decent performance this campaign, in which he notched 10 goals in 28 Bundesliga games, has attracted some interest, mainly from the Premier League. A move abroad would mean the 31-year-old leaving Germany for the first time in his 13-year career. 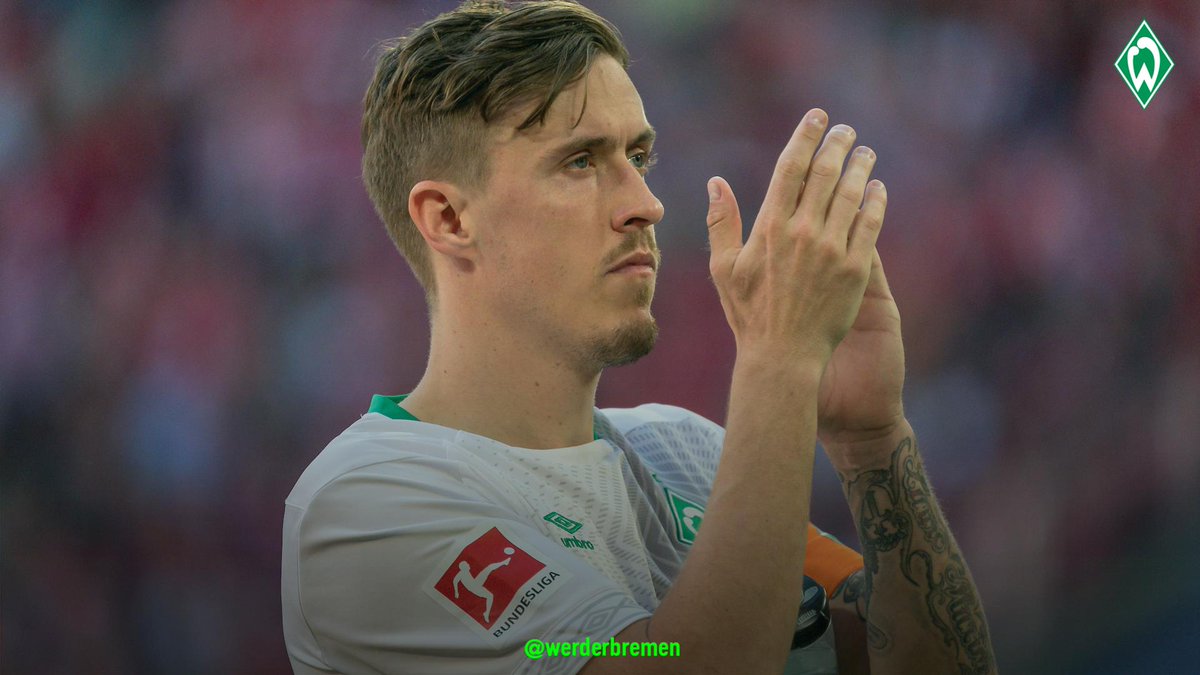 SV Werder Bremen EN
werderbremen_en
Follow
ℹ️ #Max Kruse will leave the club at the end of the season.

Thanks for three great years, Max! 💚

Crystal Palace is reportedly a keen Max Kruse admirer. Should he wish to showcase his strong link up play in England’s top flight, then the Eagles would offer him the best chance of regular minutes. The River Islanders’ forward could come in for Michy Batshuayi, who spent this campaign’s second half on loan from Chelsea.

Kruse, though, having only ever won one trophy in his career - the 2015 German Supercup while at Wolfsburg - may want to join a more distinguished team. That’s where either Tottenham, Liverpool, or Bayern can swoop in. All three have been linked to the Reinbek-born attacker, particularly the Reds and Bavarians in recent days. Although he would almost certainly act as back up, to Harry Kane, Roberto Firmino, or Lewandowski, he’d at least represent a side with genuine trophy aspirations.

The Algeria international has had a solid five seasons on Porto’s wing, finding the net 50 times in 197 competitive matches. Media outlets suggest the 29-year-old could be set to depart Portugal this summer having not yet put pen to paper on a new deal. Consequently, several of the Premier League’s growing, ambitious clubs are vying for his signature.

Wolverhampton Wanderers is on full alert. Looking to build on an impressive campaign, in which Nuno Espirito Santo’s charges finished seventh, Wolves may view Yacine Brahimi as an upgrade on their current wingers. They face strong competition, however.

Reports indicate both West Ham United and Everton are chasing Brahimi. Should he join the Hammers, his good dribbling coupled with long-range shooting ability would perhaps be best served in a more central area, as they already possess adept wide men in Andriy Yarmolenko and Felipe Anderson. In a Toffees shirt, meanwhile, the Porto winger could claim Theo Walcott’s right-sided role. The Englishman scored only five league goals this campaign. Manager Marco Silva needs more from his attackers.

Read West Ham
ReadWestHam
Follow
✍️ | West Ham continue to be one of the leaders in the race to land Porto winger Yacine Brahimi on a free transfer this summer. #WHUFC

Regarded as one of the world’s top centre-backs over the past seven or so years, the Uruguayan will officially leave Atletico Madrid when his contract expires on 30 June. He’ll exit Spain’s capital with eight major honours to look back on, including La Liga and two Europa Leagues. As anticipated, some of Europe’s most prestigious clubs have shown interest in the 33-year-old, both prior to and after he announced plans to depart a little more than two weeks ago.

Juventus, not accustomed to playing second fiddle to fellow Serie A sides, reportedly failed in a bid to hijack Inter’s deal for Godin three months ago. The veteran defender is now almost certain to make the San Siro his home come the new campaign. Whether lining up alongside the in-demand Milan Skriniar, Stefan de Vrij, or former partner in crime Miranda, he’ll prove a key part of the Nerazzurri jigsaw in their quest to bring back former glory.