Will Brendan Rodgers lead Leicester back to Europe?

Leicester City pulled up the surprise of the century by beating the top six to the Premier League title in 2016. A taste of European football followed as a byproduct. First, it was the Champions League. Then, the Europa League. The foray yielded no silverware. But that came as no surprise to even the club's loyal supporters. Yet, they have not given up hope of getting back in the big-time. Perhaps the hierarchy highlighted that by recruiting Brendan Rodgers as the manager to take the team back to the top.

Despite being a serial winner in Scotland with Celtic, it's in England that the Northern Irishman made his name. A successful spell at Swansea led straight to the Anfield dugout. At Liverpool, he played some good football and came agonisingly close to ending the club's wait for a first title of the Premier League era. The Merseysiders decided to move on by replacing him with Jurgen Klopp.

His move to Celtic proved successful as he enjoyed two trophy-laden seasons with the Bhoys. He was gunning for a third consecutive treble when Leicester came calling. It came as a surprise to some when he chose to jump ship mid-season. Having stabilised the team which was struggling under Claude Puel to end the last campaign in ninth place, he is set to consolidate this term.

The performances (so far) is proving the hierarchy's decision to go for Rodgers was the correct one. At a time when Liverpool and Manchester City have emerged as the main contenders for the league title, Leicester City is the only other team to remain undefeated in the division after four matches. The Foxes are sitting comfortably in third place in the table while looking to challenge for a place in Europe, if not the title itself...

Rodgers' experience as a manager puts him in a good place to take advantage of the poor form of the other top-six teams battling for European places. All of Manchester United, Chelsea, Arsenal and Tottenham have had shaky starts to the 2019/20 term. There's an opportunity there. 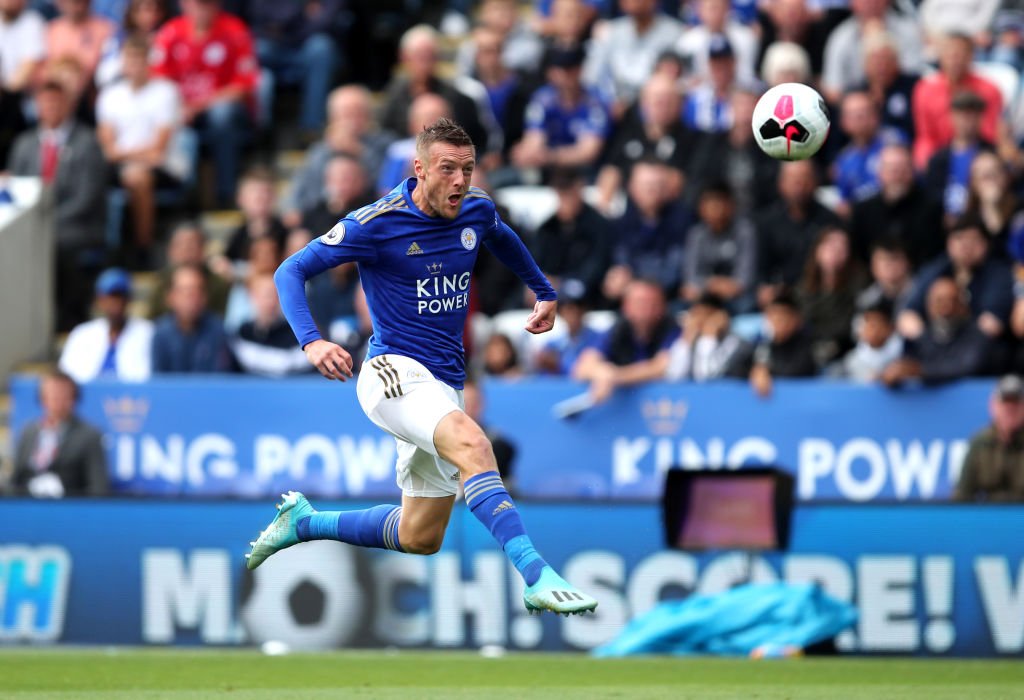 Despite making big money signings to shore up the defence, United's backline has still remained leaky. To make matters worse, Ole Gunnar Solskjaer allowed the team to be weakened in both midfield and attack. The Red Devils will likely miss all of Ander Herrera, Alexis Sanchez and Romelu Lukaku over the next nine months.

No doubt, Chelsea's biggest problem is the inability to make new recruitments as a result of the transfer ban. But Frank Lampard's decision to let David Luiz, who was one of the Blues’ best players last term, leave at such a crucial time could be counter-productive. The fact that the team has conceded nine goals already, in just four league games says it all. Antonio Rudiger cannot come back soon enough.

Speaking of defences, Arsenal’s problems are well known in that regard. And they're not going away anytime soon.

That leaves Tottenham with a good chance of repeating the feat achieved in the last three campaigns. They may soon have company.

While still relying on the experience provided by players like Kasper Schmeichel in goal and Jamie Vardy up front, Leicester has evolved from the side that lifted the Premier League title back in 2016. Several additions like Wilfred Ndidi, Ricardo Pereira, James Maddison, and more recently Youri Tielemans and Ayoze Perez are giving top-notch performances. Expertly weaved together and fine-tuned by Rodgers’ managerial acumen, the team has become a force to be reckoned with. Sitting third on the league table does not flatter the Foxes.

But the biggest advantage they may enjoy will be the failure of the big boys to leave up to expectations for yet another campaign. So, just as Tottenham has done in the last three seasons, which has allowed Mauricio Pochetino’s team to grow in confidence and reputation, Leicester have a real chance to bring Europa League or even Champions League football to the King Power Stadium. Brendan Rodgers can make it happen if he keeps the team performing at the current level all season.