How injury is threatening the beautiful career of Victor Wanyama

Tottenham Hotspur didn’t add any new names to their squad this summer. It’s therefore paramount that every member of the first team stays fit through the campaign. But that’s a near impossibility. In fact, three integral members of their squad are currently lying on the treatment table as you read this. The biggest worry for Spurs is the fact that Victor Wanyama makes the unfortunate trio.

The grit and tenacity with which some players approach the game earn them the tag: Man of Steel. In reality, however, no footballer is made of anything other than flesh and bones. That can be implied since a man as tough and energetic as Wanyama can suffer so much from the plague of injuries. Wanyama’s bane has been a reoccurring injury to his knee.

It all started during the pre-season that ushered in 2017-18. The Spurs powerhouse succumbed to hyaline cartilage injury as his club prepared for a tour of the United States. It didn’t seem serious at the time. The defensive midfielder went on to feature in Spurs first two games of the season; then suffered a relapse. Wanyama describes it as ‘the lowest point in his career’. The pain in his knee ensured he couldn’t help Spurs for the first four months of the season. He made his return with the season already halfway through – the date was 2nd January 2018. By that time his place in the squad was someone else’s. He had to make do with a place a centre back in his first appearance since the injury.

Following his recovery, Wanyama appeared in all but two Premier League games for Spurs but started just twice. As the curtain fell on another trophy-less campaign for Tottenham, Wanyama was expected to rise like a Phoenix and work his way back to reckoning in Spurs first team. But alas, that terrible knee injury would resurface and derail the player’s progress. The Kenyan captain was sent back to London after feeling pain in his knee. Scans revealed he’ll be out for at least three weeks. 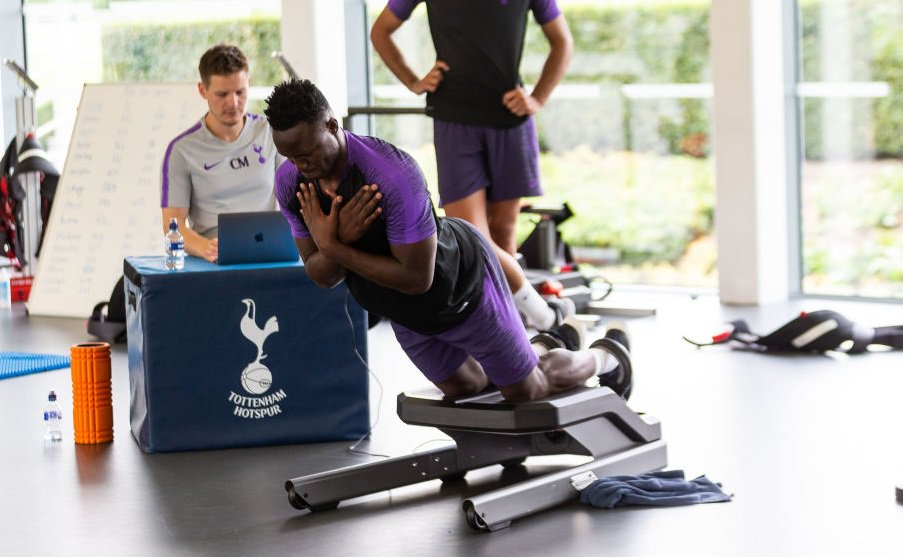 Just like it happened last season, Spurs aren’t making a fuss of it. Still, it’s sinister that this familiar problem will again rule the 27-year-old out of the first few games of the season at least. Meanwhile, Wanyama continues to recuperate at the Spurs fitness centre

Before all the injury problems surfaced. Wanyama had cemented his place among the Premier League’s best buccaneering ball-winners. Southampton made him the first Kenyan Premier League player by forking out £12.5 million for the player in 2013. Since then, the player just hasn’t looked back.

It took £11million to make him a Spurs player. In comparison to today’s transfer inflation that’s a mouth-watering bargain. Besides his efficiency in tackling, interception and distribution of the ball; Wanyama is a gem at hitting the target from long range. Despite his problems last season, he still managed to register one of those – a stunning strike at Anfield. This is a player who could’ve, still can, play regularly for the biggest clubs in the world.

Injury can derail the career of even the most special players; Wanyama is no exception. The lengthy time he’s spent sidelined means Spurs can no longer rely too heavily on him as they once used to. At least not now.

The coming weeks will be vital for the player. Reports say he’s been invited to the Kenyan national team for the African Nation Cup qualifiers coming up in September. What’s the sense in that? The player needs all the time he can get to recover fully.

Knee injuries are horrible. Victor Wanyama must pray against a relapse for the sake of his fine career. Now though, Spurs will continue life without him.