What does Mats Hummels’ homecoming prove about Dortmund and Bayern?

This past Wednesday, it was announced Mats Hummels will return to Borussia Dortmund. The central defender leaves Bayern Munich after a three-year spell, for a £34 million fee. Looking ahead to next season, this transfer is certain to impact the two German juggernauts, be it for better or worse.

Hummels’ career began in Bayern’s second string, where he learned his trade playing 43 games. Featuring only once for the first team convinced him to seek an opportunity elsewhere. In January 2008, the Bergisch Gladbach-born defender arrived in Dortmund, a place he’d make a home for the next eight-and-a-half years. During that time, his reputation enhanced to the point in which he became regarded as one of Europe’s top centre-backs. His résumé included two Bundesliga titles and a Champions League final on departing BvB.

With the enemy, Hummels continued to add winners’ medals to his cabinet, as Bayern locked up the German top flight from 2016-19. He and Jerome Boateng formed an effective partnership, one which few European teams could equal. His time in Bavaria never produced a Champions League success and was full of niggling injuries, but he’ll no doubt leave with fond memories. 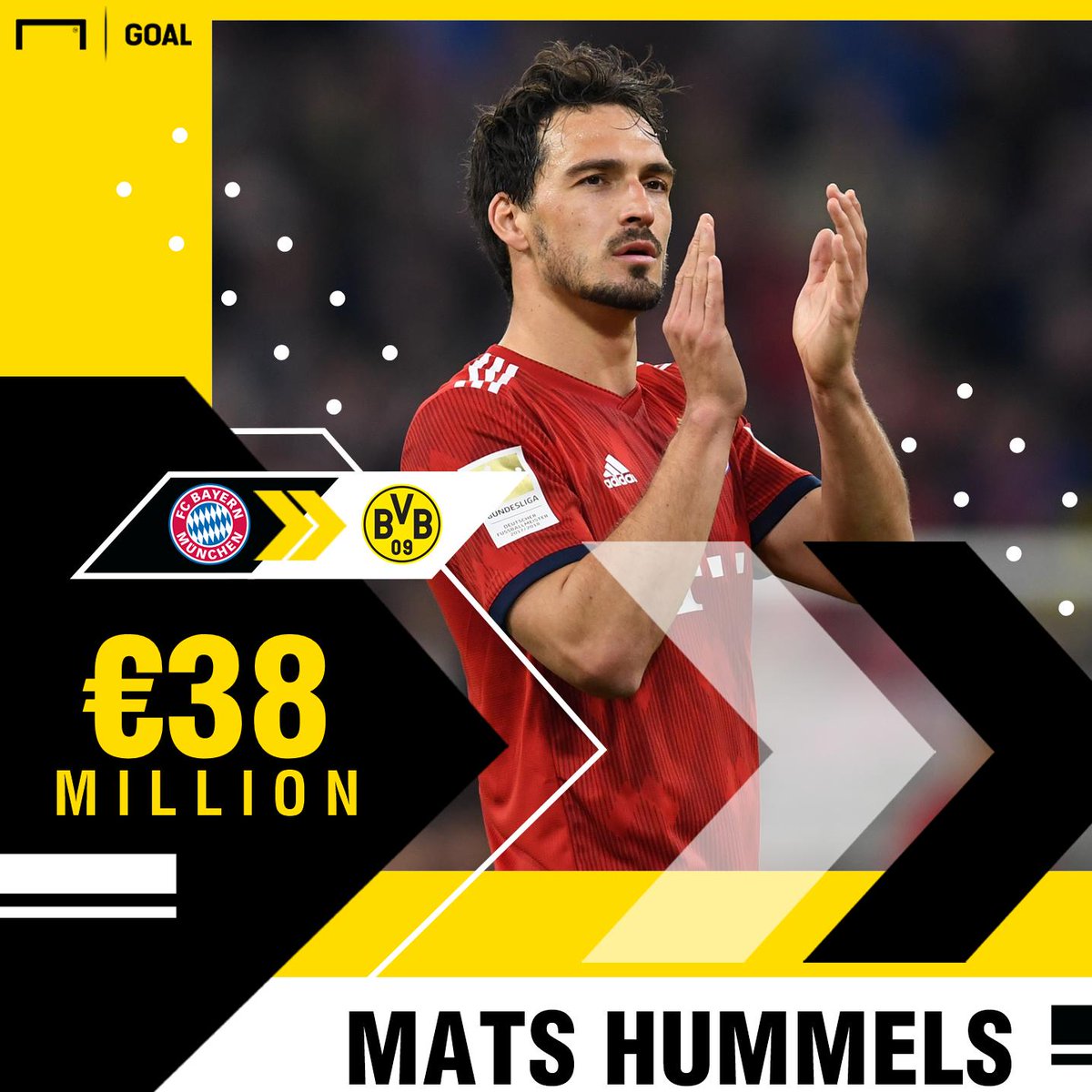 Hummels is now expected to play a key role in toppling his former side. Dortmund came agonisingly close this season, taking the title race to the final day before missing out by two points. In the contests against Bayern, they showed their best and their worst, winning 3-2 at home then getting smashed 5-0 away. Lucien Favre’s men have made evident strides, though there are still more to make.

One area which can be improved on is the defence. Dortmund’s goals-against this campaign was only the league’s fourth-best, behind RB Leipzig, Bayern, and Borussia Monchengladbach. They conceded 44 times in 34 games. No team has been crowned German champions with a record as bad in the last 28 years.

Abdou Diallo, Manuel Akanji, Dan-Axel Zagadou, and Omer Toprak were BvB’s most-used centre-backs this season. Diallo played more than any other, featuring in 38 competitive matches. The Frenchman will likely retain his position having met all challenges since joining last summer. Akanji will push him for a starting place. Providing back up will be youngster Zagadou and elder teammate Toprak, the only one of the four aged above 23.

Hummels, then, adds much-needed experience to BvB’s backline. Not only has he won 12 trophies while amassing 427 appearances for Germany’s two biggest clubs, but he’s also accomplished the international scene. The 30-year-old’s racked up 70 Die Mannschaft caps since debuting in 2010. His strong physique, excellent tackling and heading ability, along with elegance on the ball were all vital to Joachim Low’s side conquering the world five years ago.

Those attributes aided Bayern in securing the domestic double this season. Hummels started 25 of the 40 matches in which to achieve it. Nico Kovac’s men, although not without their troubles at various points, performed at both ends to finish as the Bundesliga’s highest scorers, with 88 goals in 34 outings, and the second-best defensive unit, conceding only 32 times.

Hummels didn’t act alone. Niklas Sule played his part. The 6’ 5’’ defender is enjoying a rapid rise after joining the Bavarians in July 2017. He was Kovac’s most-trusted centre-half this campaign, turning out 42 times in total. His solid performance, which includes comfort in possession and aerial prowess, is being recognised by Germany as well. He’d earned 18 caps before starting this month’s two Euro 2020 qualifiers against Belarus and Estonia. 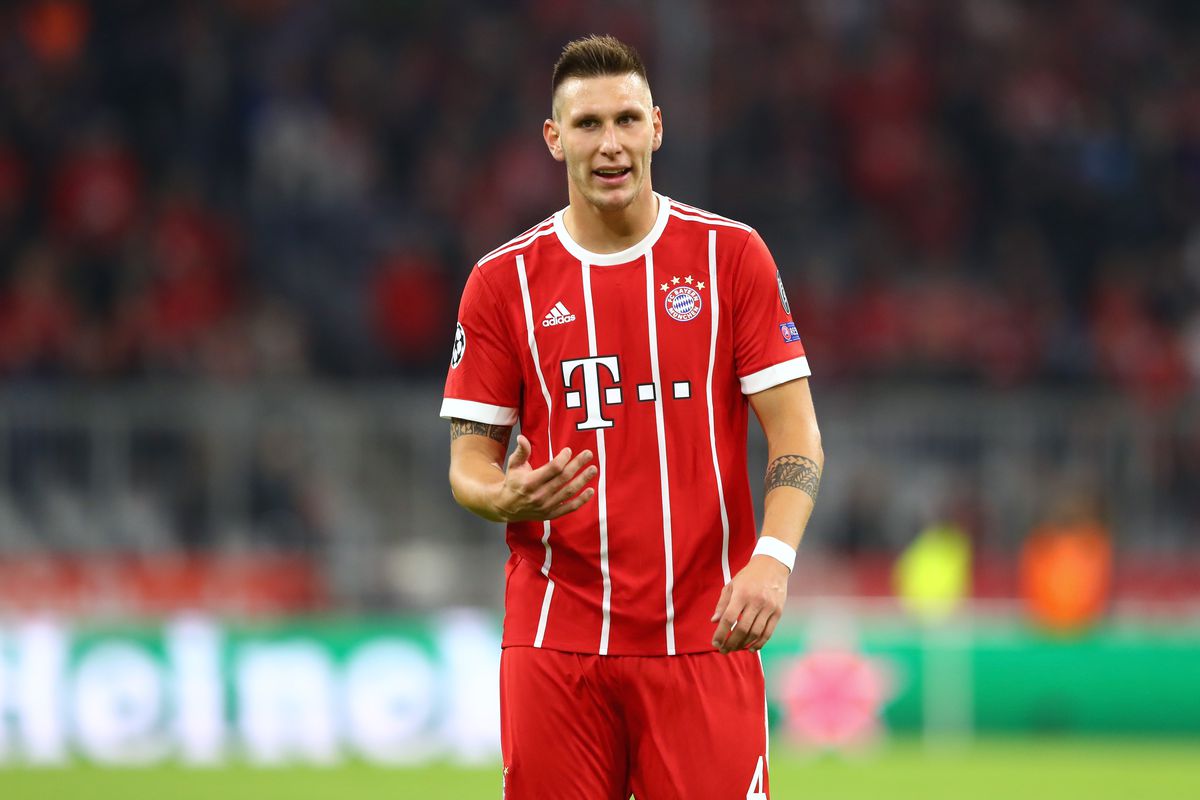 At 23, Sule can command Bayern’s backline for years to come. He’ll ease Hummels’ loss. As will both Boateng and Lucas Hernandez. The former, despite suffering a noticeable decline in recent times, still has the know-how to be a valuable asset. To assist him next term, the Bundesliga champions spent a club record £72 million to sign Atletico Madrid’s Hernandez. The 23-year-old proved his prodigious talent in having an important part during France’s World Cup triumph 12 months ago. Should a fourth centre-back option be required, Javi Martinez can slot in when needed.

The Bavarians are building for the future. They’ve seen off the aging Hummels, right-back Rafinha, 33, as well as renowned wing duo Franck Ribery and Arjen Robben, both aged in mid-thirties. The hierarchy went hard for Manchester City’s Leroy Sane, 23, as an attacking replacement, but any potential deal now looks dead.

To take over from Rafinha, Die Roten have signed VfB Stuttgart’s Benjamin Pavard, a man ten years the Brazilian’s junior. Freshness was also considered when bringing in 19-year-old striker Jann-Fiete Arp from Hamburg and Nuremberg midfielder Timothy Tillman, 20. Each has a pathway into Kovac’s plans, as proven by Serge Gnabry’s recent emergence. The 23-year-old grasped his opportunity this campaign, scoring 13 times in 42 games. Fellow attackers Kingsley Coman, 23, and Leon Goretzka, 24, both have significant roles, too.

From a club prioritising youth to one needing experience. In this season’s Bundesliga, only Leipzig and Mainz had a younger squad's average age than Dortmund’s 24.7 years. Of BvB’s regular eleven, only goalkeeper Roman Burki and winger Marco Reus are above 28. Such innocence has proven costly. Particularly during April’s heavy defeat in Munich and Champions League last 16 elimination to Tottenham Hotspur. Die Schwarzgelben’s many new reinforcements, albeit each with something to offer, don’t address that particular issue. They include Nico Schultz, Julian Brandt, alongside Thorgan Hazard. All three are 26 or younger.

Salaon
MarleyRoimen
Follow
I admire @BVB for their youth but inexperience has cost them in such a vital game. I don't see how they'll get back in this game. #FCBBVB
Follow
17:54 PM - 6th Apr 19
0
0

Therefore, Hummels’ knowledge will prove essential. Admittedly no longer the player he was when named in 2014’s World Cup Dream Team, he’ll tie BvB’s youthful defence together. His presence will boost other areas as well, providing Favre’s side a genuine chance of bridging the small gap to an ever-changing Bayern.