Is Jurgen Klopp’s new system best for his Liverpool squad?

Neutrals and critics will have you believe Liverpool are not playing with the same intensity they did last season. At first, this might seem degradation even after heavy spending in the summer transfer window. But that’s not the case. On the contrary, the Reds had the best Premier League start in their history. They’re still unbeaten in the league. It boils down to Jurgen Klopp trying to find the right system to accommodate his players.

That was highlighted when the German shifted to the 4-2-3-1 system, moving away from the 4-3-3 that had been hugely successful in his previous two years on Merseyside. However, Klopp hasn’t opted for this new system in every game. He's showing tactical flexibility. So far, his choices have delivered the right results. So, can the 4-2-3-1 bring the best out of this Liverpool squad?

When playing the 4-2-3-1, Klopp deploys Mo Salah as a No.9 up front. Roberto Firmino operates behind him as a No.10. Both are asked to play away from their natural territory. The boss is trying to fit in the new signings.

It should've been difficult for Naby Keita and Fabinho to burst into the starting line-up when Klopp already had established players in Gini Wijnaldum, James Milner and Jordan Henderson. Both the new midfield signings played in a double pivot system through most of their careers. Klopp’s new system favours them. Meanwhile, Salah's move to the middle makes way on the right flank for another new signing, Xherdan Shaqiri.

The main advantages of this formation are tactical flexibility and midfield solidity. With Salah relieved from defensive duties and Firmino dropping back in the deeper role, the Brazilian’s pressing and ball-winning abilities can be better utilised. In a three-man midfield, the wide midfielders often had to protect the full-backs, pulling them outside, creating a huge gap in the centre and exposing the centre-halves. The 4-2-3-1 system stabilizes the midfield.

There's another perk. Klopp can have four game-changers in the line-up. We’ve already seen the devastating trio of Sadio Mane, Firmino and Salah. the Fulham match demonstrated how Shaqiri adds more firepower. Less than a year after Philippe Coutinho's departure, the threatening trio is once again a fantastic four. 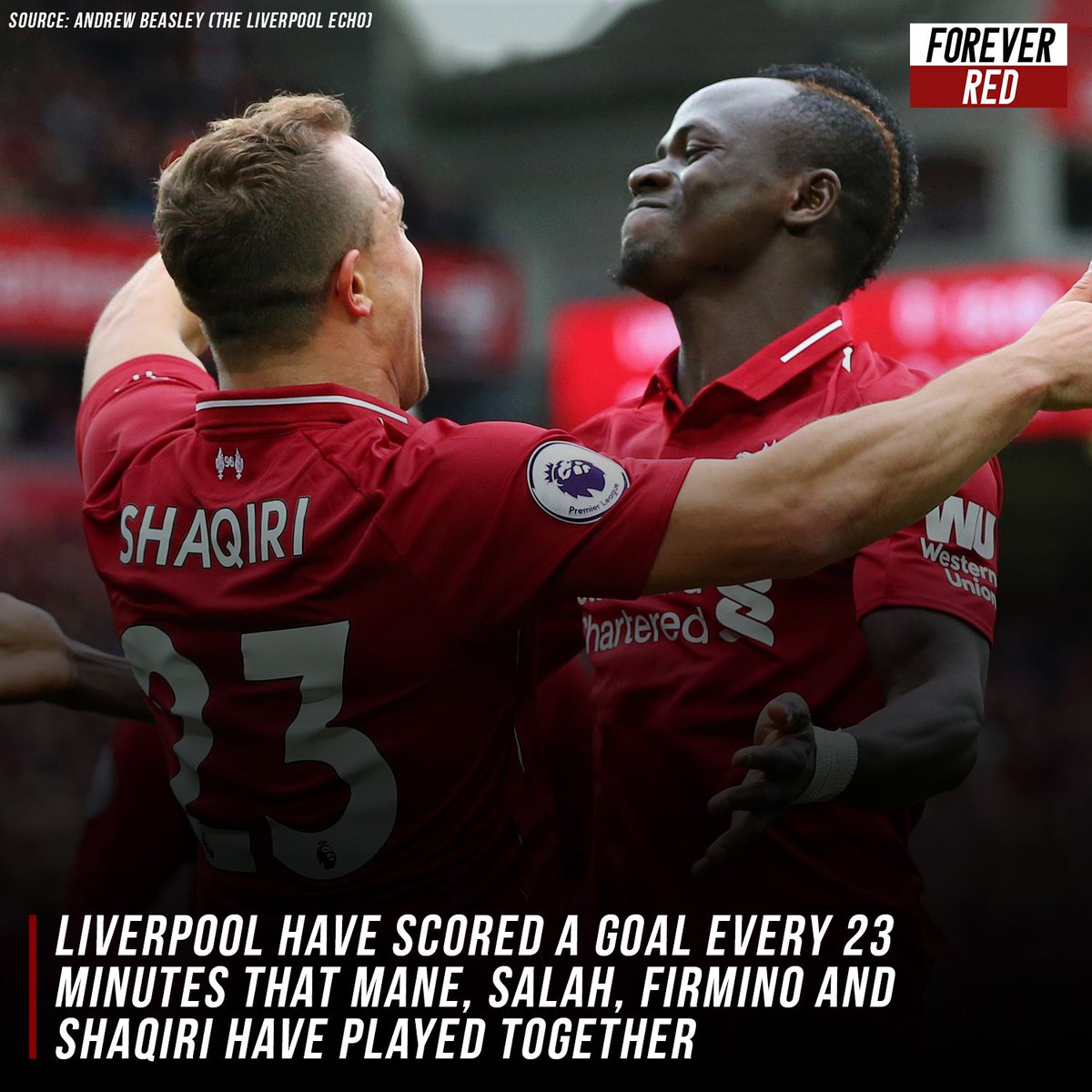 Forever Red
ForeverRedUK
Follow
Have we found our new fab 4? Shaqiri has made an immediate impact!

The only problem with this system is Salah and Firmino's adaptability. From an attacking perspective, you can argue Salah is better out wide on the right although, in the 4-3-3, he drifted inside frequently to create space for the overlapping fullback and to great effect. Receiving the ball on the right wing and taking on opposition’s full-back became the trademark move for the Egyptian in his record-breaking debut season at Anfield.

Liverpool’s lack of a natural no.10 means Klopp is forced to use Firmino in that role. The former Hoffenheim man the No.9 in Jurgen Klopp’s gegenpressing style last season. The 27-year-old bagged 15 Premier League goals and 7 assists. Playing as a No.10 will limit his attacking yield. Coutinho would be ideal for this system. Salah and Firmino need more time to adapt to their new roles.

It is still a transitional phase. Everyone must settle. Consequently, Liverpool have been less fluid this season. The tradeoff is added defensive flexibility and a bit of unpredictability in the attack. Opponents won't be getting the same old routine from the Reds this term. In the end, it’s always beneficial to have another solid system.