Liverpool are on the verge of winning a league title for the first time in 29 years. Jurgen Klopp must be credited with the new lease on life at Anfield. The backroom staff helped too, completing a massive upgrade through their player acquisition strategy. The Merseyside club made some shrewd buys on Klopp's watch. Mo Salah is one but the Reds' hottest property cooled recently.

Salah was signed for £37 million in 2017. Along with Roberto Firmino and Sadio Mane, he energized the forward line. His quick movement, ability to dribble past defenders, cut inside from the right and create one-v-one situations yielded sweet results. When Firmino sacrificed himself to play between the lines, he left tremendous space behind the opposition defence. Salah and Mane combined well to attack those voids and bring results to the scoresheet.

That said, Salah struggles to find the back of the net against top sides this season. The 2017/18 PFA Player of the Year was a big reason Liverpool drew with bitter rivals Man United and Everton, claiming six points rather than two and ceding the pole position in the Premier League title race to Manchester City.

But does this make him a flat-track bully or a one-season wonder as some critics claim?

Don't be ridiculous. Salah was a special player with AS Roma before arriving in England. He scored 15 league goals for the Giallorossi in 2016/17, firing them to a second-place finish a mere three points short behind Juventus. His goal tally doubled in Klopp’s free-flowing, unpredictable system. The forward line's success carried the squad to the Champions League final.

In 2018/19, Klopp pays more attention to defence, not allowing his team to gamble quite so much. In addition, Premier League teams devised schemes to isolate the Egyptian. Apart from the 5-1 hammering delivered to Arsenal, neither Mane nor Firmino performed well against top six sides either. Salah isn't letting the team down.

Klopp tried to shift to a 4-2-3-1 and give Xderdan Shaqiri the chance to create from the right while Salah played a more central role. After a fine run, opponents adjusted. They know the German relies too heavily on his fullbacks to combine with the forwards.

Naby Keita was expected to be the creative engine in the middle of the park but Klopp’s new conservative approach restrains the 24-year-old.

“It’s about how we use him, how we play him, all that stuff.

Salah’s only goal contribution against a top-six side came in the Arsenal blowout. Suddenly, he's being compared with Romelu Lukaku. People forget the Pharaoh scored eight in 10 appearances against top-six sides in 2017/18. 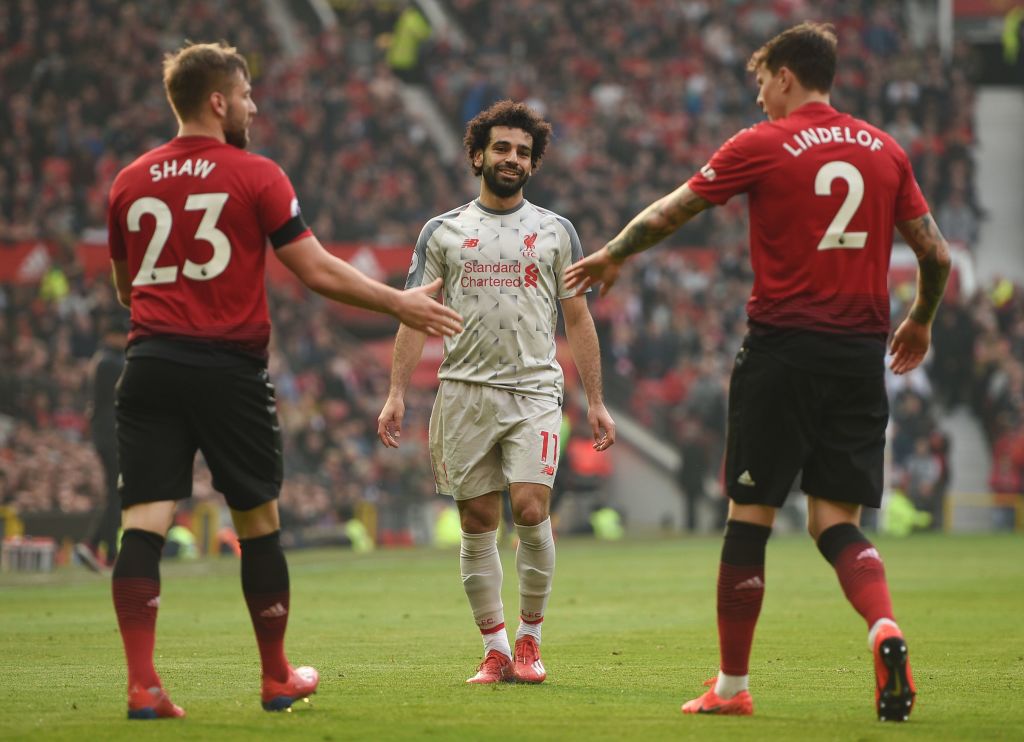 Yes, Salah struggles to create on his own. Nor is he the best player in the Premier League. Virgil van Dijk keeps him from being Liverpool's best player. All the same, he remains a lethal finisher. Like any other striker, he misses crucial chances but the next goal he scores squares it up.

Liverpool face Bayern Munich at the Allianz Arena tonight in the Champions League. Salah can end his cold streak against elite clubs and provide a crucial away goal advantage to fire Liverpool in the quarter-finals. If he doesn't, ask yourself whether Jurgen Klopp allowed his attack off the chain or insisted they guard the backyard.