Spurs enjoyed a 1-0 win over the Cherries. Kyle Walker's former understudy made way for Aurier against West Ham on September 23 but was back in the starting lineup after the temperamental Ivorian was sent off on his full league debut. Now, Trippier could be keeping his place.

The Tottenham defender has made five assists in nine matches across all competitions, four in his last seven. He hasn't been on the losing side since August. The former Burnley man's form could keep him in the starting lineup for some time. His influence in the final third this season gives Mauricio Pochettino every reason to trust him. 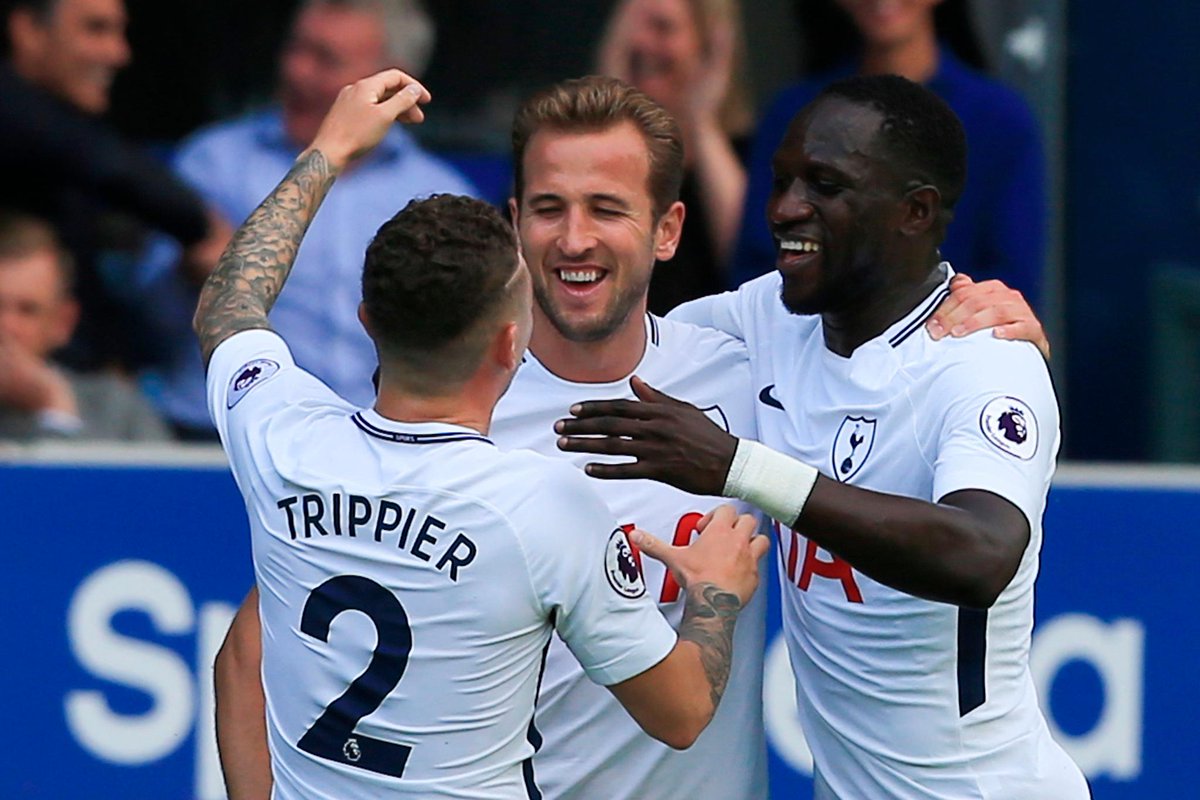 #TOTBOU https://t.co/HiGBu3cOqV
Follow
05:37 AM - 14th Oct 17
182
914
Trippier has averaged a chance created every 45 minutes (two-per-game). The 29-year-old has whipped in 34 crosses in his seven league appearances this season. While not so proficient as Walker regarding his dribbling ability, Trippier's delivery from out wide has allowed him to match the new Man City man assist for assist.

Tottenham Hotspur supporters weren't all enthused about Kieran Trippier's performance against the Cherries on the weekend but the defender still managed to make more chances than any other player on the pitch.
He also the claimed the joint-most amount of interceptions at Wembley. No player made more accurate crosses (3) than Trippier, on the day, and he made more touches (133) than any of teammate.

S@vvy
FPLSavvy
Follow
Despite the uncertainty surrounding his game time, Kieran Trippier is quietly doing a really good job for my team
Follow
23:25 PM - 14th Oct 17
0
0
The 27-year-old delivered an impressive attacking performance to grab two assists in a 4-0 demolition of Huddersfield Town before the international break. While it's unrealistic to expect a comparable haul every match, he continues to create opportunities in the final third. Having Aurier as competition is sure to get the best from both players. Nonetheless, Trippier knows he's be regarded as a more reliable option due to his temperament.


Pochettino may have lost faith in Aurier

Aurier was an unused substitute in Saturday's win over Bournemouth. He could be starting in the Champions League in midweek if reports are to be believed. Nevertheless, he let his manager down in his full league debut. Pochettino went to great pains to sign him, including sorting out visa issues stemming from an assault conviction. The Ivorian was warned in advance what was expected from him in return.
While a talented defender, Aurier must rebuild his reputation after his relationship with Paris Saint-Germain went sour. If Pochettino believes the Ivorian international can't be trusted, he will leave him out of the side. After his red card against the Hammers, Pochettino defended him. Aurier must understand that won't last if he doesn't learn.

Trippier has been a terrific servant for Tottenham, first providing reliable cover for Walker, now by giving his manager a selection headache. Supporters may be torn on Trippier, preferring style to substance, but if he continues affecting the game in the final third while Tottenham rack up clean sheets, Aurier will struggle to replace him.