By Martin Palazzotto
Atlanta United Miguel Almiron Newcastle United Premier League Usa Danny Mills
Whether or not the player knows what he's in for at St James Park, the pundit should know what he's talking about before offering his opinion.

Major League Soccer is referred to as a retirement league for European stars and a feeder league for European divisions. Often by the same people. Frequently in the same sentence. This is because both are true. But also because being either, much less both casts aspersions on its legitimacy and casting aspersions is probably a more popular leisure activity these days than watching a match.

Americans call the game soccer. FFS, what English fan would be caught dead doing that? I mean other than the ones still alive from when it was the common term in the UK right up until the 1970s. That's when the New York Cosmos and the rest of the North American Soccer League began signing stars like Pele, Carlos Alberto, Franz Beckenbauer, Johan Cruyff, George Best and Giorgio Chinaglia who, save for the two Selecao legends, were still in their prime and Brits began to panic about a second American revolution on the 200th anniversary of the first.

Admittedly, MLS is the Donald Trump, Nigel Farage, Boris Johnson, Theresa May, Jeremy Corbyn, Maxine Waters and Hillary Clinton combined of football. It's that easy to poke fun at the league. So easy that Danny Mills does it without even realising. While I'm aware that Mills made a broadcast and arguably football career out of doing things without realising, his recent comment about Newcastle signing record-transfer Miguel Almiron from Atlanta United proves my point. After first confessing he hadn't heard of the player, Mills followed up [a WTF in itself] by suggesting his ignorance set the standard. 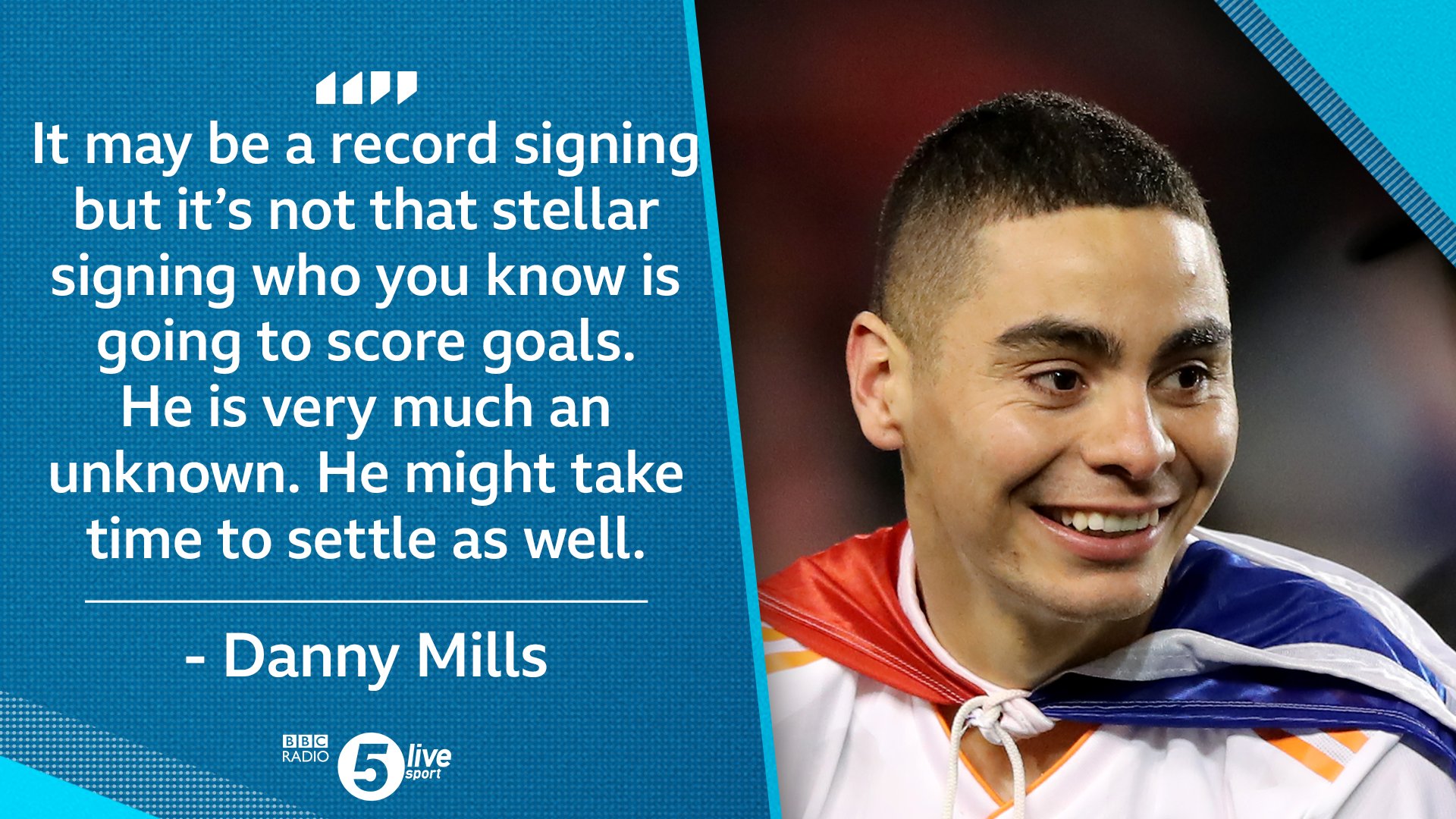 For those of you who don't follow MLS and have no professional obligation to be informed before offering an opinion, Almiron is the playmaker who orchestrated Tata Martino's attack at the Mercedes-Benz Stadium the past two seasons.

Further, those are the only two seasons in which the franchise has been a competitive entity. Ever. At any level.

Furthermore, in United's second year, when most infants would be discovering words like mama and dada, that bipedal motion can take you places crawling simply can't and wet, stinky diapers might not be a permanent affliction in one's life, Atlanta became MLS champions. This, of course, invites the joke that the league is so easy a two-year-old can win it but the fact a two-year-old did is nevertheless impressive and Almiron was an integral part of said two-year-old.

He's quick, creative and technically gifted. He's also on both the thin [140 lbs] and young side [24]. The Paraguayan may turn into Newcastle's next Florian Thauvin or the second coming of Yohan Cabaye. Either way, £27 million as a record transfer fee should be an indictment of a club Newcastle's size punching several classes below its weight than a representation of excessive risk because the player comes from MLS. The fact is, if Almiron turns out to be another Florian Thauvin, Toon will have got what they paid for, 13.5% of Neymar. On the other hand, if he becomes a star like Cabaye, whether or not he leaves as quickly [and for a greater profit], the transfer should rank among the year's most astute.

I'll let Danny Mills take his time to settle on that.