A 3-0 loss to Barcelona in the Champions League semifinal first leg at Camp Nou was bad enough for Liverpool. Losing Naby Keita to injury midway through the match rubbed salt in the wound. Fortunately, the Reds recovered to enjoy the last laugh but the Guinean was sidelined for the final. He was also expected to miss the African Cup of Nations in order to attain full recovery.

Guinea was having none of that. National team handlers look to their biggest star as the man to help the team progress in the tournament. He was included in the squad for the competition despite still undergoing rehabilitation. As the tournament drew closer, he was gradually eased into training but was not expected to take part in the team's first game of the tournament.

However, following a bright start against Madagascar that left the National Elephants leading 2-1 at the break, the momentum changed. Two quick Barea goals in the second half evoked panic from Guinea manager Paul Put. He turned to his star man, desperate to rescue a point. Keita's influence helped produce a leveller but the sun didn't peek through the clouds on Matchday 2. The clash with Nigeria proved every bit as difficult as anticipated.

Concerned Liverpool fans inundated social media. Albeit not through their intervention, Keita was substituted in the 72nd minute. It took just another two for the Super Eagles to find their winner. 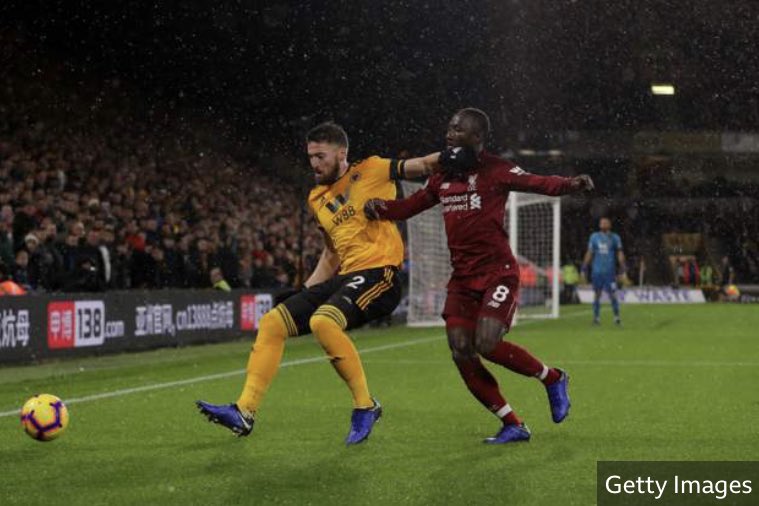 BBC Merseyside Sport
bbcmerseysport
Follow
FOOTBALL: Naby Keita made his return from injury as he came on in the 62nd minute of Guinea's 2-2 draw against Madagascar in their first game of the #AFCON2019 #LFC https://t.co/6TDIcmUJ9y
Follow
22:50 PM - 22nd Jun 19
1
9

Unfortunately, the defeat only raises the stakes for Guinea, adding even more pressure on Put to keep Keita in the starting lineup for the final group match against Burundi on Sunday. Only a win ensures progression to the knockout stages. The Liverpool midfielder is the Elephants' best hope and the FGF has no concern for his club.

Regardless of the result, further participation at the AFCON will almost certainly limit Keita's preseason availability to the Reds, if he is able to participate at all. Jurgen Klopp needs all hands on deck to challenge for the Premier League title next term. Prolonged injury to a key player is the last thing the German tactician wants.

With Sadio Mane and Mohamed Salah also involved in the competition, for Senegal and Egypt respectively, the Kop has their fingers and toes crossed and are knocking on any available wood with their foreheads. Their 24-year-old d-mid is the one at greatest risk. You wouldn't expect to read this sentence but the Elephants are much thinner than the Pharaohs or Teranga Lions. They can't afford to play it safe. Meanwhile, Keita entered the tournament already in damaged condition. Guinea's desperation could be his undoing.

As his pride and patriotism interfere with rational thought, he needs someone with more influence than Liverpool supporters looking out for his best interest. At the moment, there is no one.