Harrogate Town is certainly a club on the rise under manager Simon Weaver. The Sulphurites currently sit atop the National League. Can the newly-promoted side produce a shock by gaining back-to-back promotions?

Since Weaver took over, Town spent nearly a decade in the National North. They have improved significantly during his time but had been unable to secure promotion.

Thankfully for the Harrogate faithful, after losing out on the title to Salford City, they overcame the new six-team playoffs with victory over Brackley Town.

It meant the club will compete at the top level of non-league football for the first time since forming in 1957.

Before the 2016/17 campaign, Harrogate went full-time in order to try and push on. The decision has paid off.

Although Town weren't one of this season's relegation favourites, they definitely weren't considered as promotion challengers. However, they have come flying out the blocks, remaining undefeated after 11 games.

The division's only other unbeaten side is third-placed Leyton Orient, a team demoted from the Football League 17 months ago.

Harrogate drew their opening three matches before winning seven of the next eight, including the last four.

While the Sulphurites are yet to face many huge hitters, they have picked up an impressive 3-2 win at Gateshead and 0-0 draw at big-spending AFC Flyde, a side presently sitting fifth.

Harrogate are the National League's top scorers with 24 goals, five more than any other team. Last campaign, their goal-scoring exploits proved crucial in achieving promotion. Despite the recent step up, opposing defences have been unable to cope.

Town are spreading the goals. Jack Muldoon has struck six times so far following his summer move from Flyde. The striker is backed by wide man Dominic Knowles, who was heavily linked with leaving Wetherby Road due to performance last season. 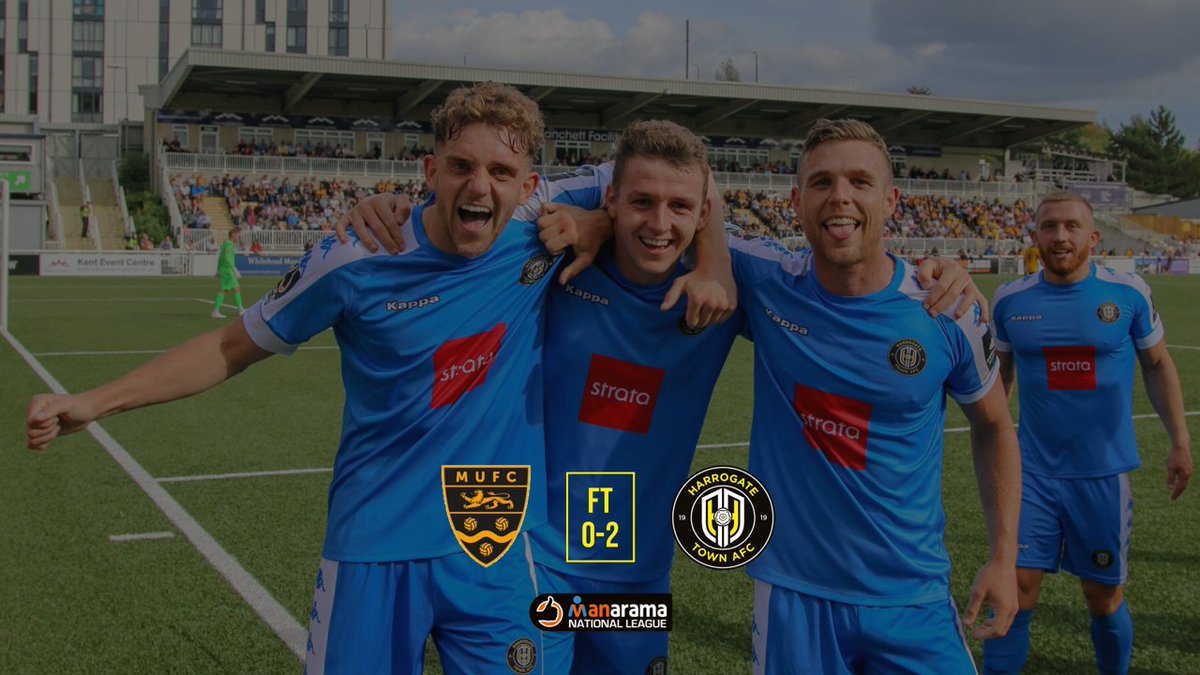 Harrogate have had a good run of fixtures until now. The real tests are coming up. It will be seen whether they can maintain their promotion push. In the next two games, the Sulphurites take on sides positioned directly below in the table, Wrexham and Leyton Orient. Both possess superior defensive records; the Welsh outfit have conceded only five goals, the fewest in the division. Come two weeks' time, Town's attacking credentials will have been examined thoroughly.

Weaver has done a great job at Harrogate since taking over as player-manager in May 2009. If ever a board's vote of confidence was needed, it was when the North Yorkshire club turned professional. Keeping him at the helm has proven the right call. It could yet ensure Football League status.

In the coming months, as Town face the hardest tests non-league has to offer, their promotion chances will become clearer.

Flyde showed last season that newly-promoted teams can flourish in the National Premier. The title may prove a step too far, but there is no reason Harrogate can't make the playoffs. Should that happen, they have a great chance of gaining another promotion.

Is Harrogate Town set to be the newest Football League club come May?