Romelu Lukaku: Should he stay or should he go?

Manchester United and Romelu Lukaku have a big decision to make this summer. During the 26-year-old's two-year stint at Old Trafford, the net has bustled 42 times in 96 games. In such a competitive domestic league, that record isn't to be sniffed at.

However, the rumours in regards to Lukaku's long-term future have begun to swirl. When Ole Gunnar Solskjaer took charge, the Belgian saw his minutes dramatically reduced, often playing second-fiddle to Marcus Rashford. For a man who cost £75million, Lukaku is well within his rights to demand more, while the United hierarchy probably aren't best-pleased seeing such a prized asset sit on the sidelines in his training gear, merely watching his value decrease.

Both player and club have a decision to make; although the ball is in United's court. Lukaku is under contract for the foreseeable future so they won't be pressured into selling their #9 on the cheap. In an ideal world, they'd like to profit on Lukaku but if he isn't in Solskjaer's plans, they'd at least want to break even.

Then comes finding a replacement. There's no way Solskjaer would go into the season with the only recognised striker being the aforementioned Rashford. Wissam Ben Yedder's name has started to pop up on the back pages, although the solution to the problem could already be at the club. It's easy to forget that Alexis Sanchez's best years of his career came when he was playing as the main striker, while the same can be said for Anthony Martial, who was used predominantly through the middle by Louis van Gaal way-back-when. 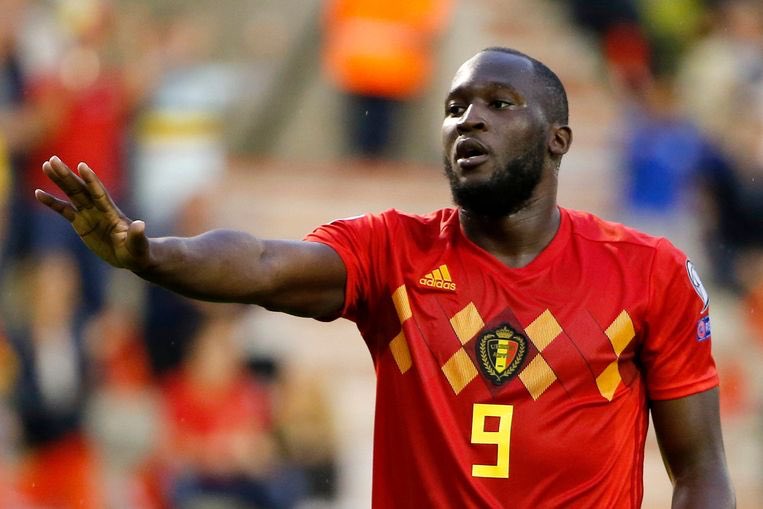 Kristof Terreur 📰🎥
HLNinEngeland
Follow
Inter considering a loan proposal for Romelu Lukaku with obligatory option to buy was quite predictable seen their finances. Man United's stance over the last few weeks: a deal only possible if they pay around £80m, the £75m they paid plus the £5m that will go to Everton. #mufc https://t.co/oKXtfyfgUR
Follow
06:20 AM - 27th Jun 19
212
1006

If United were to go down the latter route, it could open the door for Daniel James to play in his preferred position out on the left - which would make sense. The Reds would still need to bring in a right-winger, mind, though that conversation is another debate entirely.

These footballers are prideful blokes. They don't like watching others do their job and that's why Lukaku is probably keen on securing a move to a place where he knows he'll be the guaranteed starter. Inter Milan seem to be the most interested party - and their new boss Antonio Conte actually tried to sign Lukaku when he left Everton in 2017.

A move to the San Siro, playing for a Serie A giant week-in-week-out must be mightily tempting. Mauro Icardi is all set for an exit so Lukaku's only competition would be Laurtaro Martinez. You'd expect he'd comfortably beat out competition from the Argentine. In terms of goal targets, Lukaku would feel pretty confident about his chances of improving upon the 12 league goals he scored last term.

In an ideal world, Lukaku will get his wish and head to Inter, but football isn't always that straightforward. I'd suspect Solskjaer wouldn't be too disheartened about keeping his #9 in and around Old Trafford as he's not a bad second option to have. Lukaku doesn't strike me as the type of player who'll throw his dummy out and kick up a fuss, either. He's the consummate professional who'll continue to work hard and show why he should be starting week-in-week-out.

What do I think will happen? This saga will rumble on all summer. Inter would need to sell a few players before having the cash to acquire Lukaku, and that will take time. I don't see United being tempted for a loan move with an obligatory buy clause, either. It's certainly going to be intriguing to see how this one plays out, while I'm suddenly fascinated to watch the pre-season game between United and Inter in Australia on July 20th... In the end, though, I think Lukaku remains a Red Devil - for now anyway...