Coming into the Africa Cup of Nations as the top-ranked team on the continent, Senegal is a firm favourite to lift the trophy for the first time in the nation’s history. Boasting some of the best players on the continent at the moment, that only strengthened the belief for many especially those sympathetic to the Senegalese course. Countries like Egypt, Morocco and Algeria also came to the competition with some star power. But arguably, none comes close to the West Africans at the moment.

Led by Liverpool’s Sadio Mane, their players represent the biggest clubs in different European leagues. From Inter Milan to Galatasaray, Schalke to Napoli. Then also representing Merseyside rivals Everton and Liverpool as well as Barcelona, the Lions of Teranga have a squad capable of instilling fear into any opponent. They started the competition on a bright note (as expected) beating newcomers Tanzania 2-0. A 64% dominance of the ball with 24 shots to their opponents’ meagre three told the whole story. Winning by just two goals even flattered coach Emmanuel Amuneke’s men.

Yet, the team fell flat against Algeria in the next group game losing 1-0. But that served as a wake-up call more than anything. Aliou Cisse’s Men made a statement in the next game beating Kenya 3-0. Captain and star man Mane was the star of the show as he ran rings around the Kenyans and found the back of the net twice.

A second-round meeting against in-form Uganda promised to be a tricky affair. It turned out to be a tight one as Mane’s 15th-minute strike proved to be the decider. The Liverpool winger later missed a penalty in the game. But his goal was enough to secure progression to the next round. 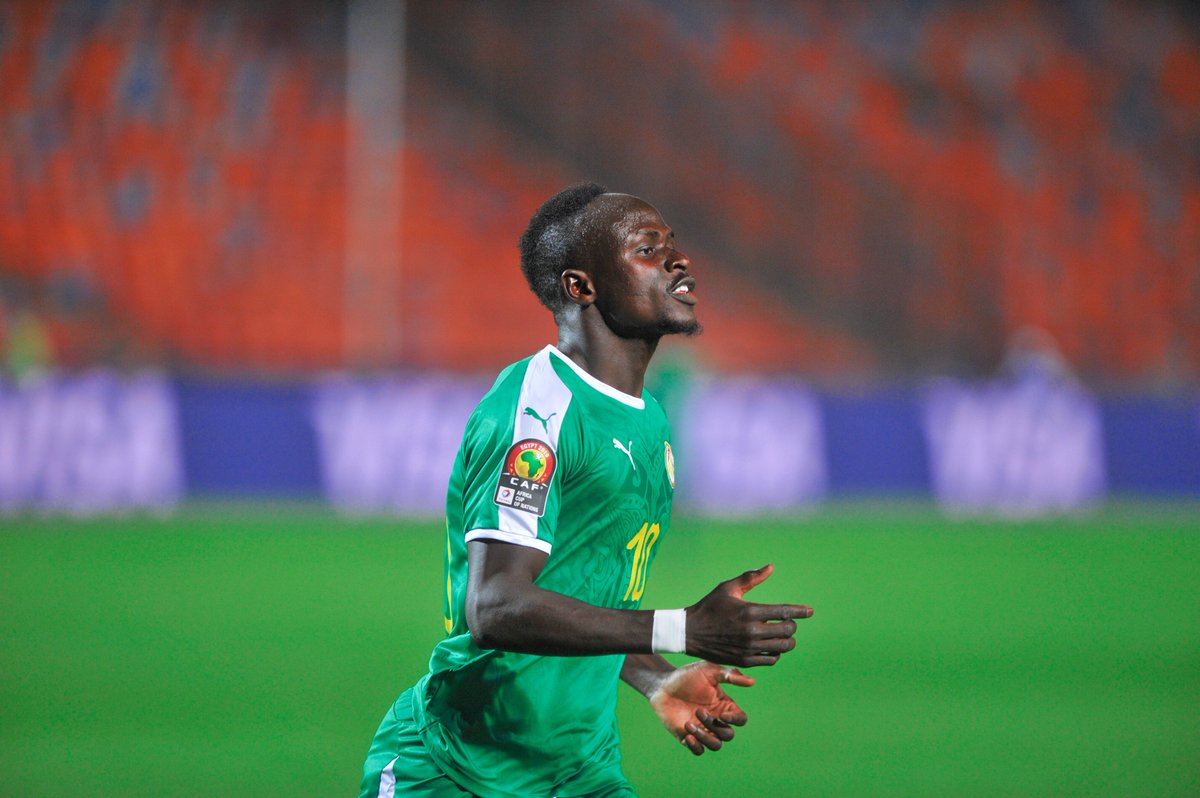 CAF
CAF_Online
Follow
Only one man scored the last 3⃣ consecutive goals for his 🇸🇳 team...👀

Yup, it's non other than Sadio Mané 😍👇

Senegal will now face the lowly rated Benin Republic, who stunned Morocco on penalties after playing out a 1-1 draw following normal and extra time to make it to the quarter-finals. Like the previous games against both Tanzania and Kenya, this is also expected to be one-sided. Although in football anything can happen, the Lions of Teranga should win this comfortably. For Mane, it could also be an opportunity to add to his goal tally in the competition so far in the race for the Golden Boot.

A run to the final will put the side on the verge of making history. Having never won the competition before the weight of history is firmly on the team. But the quality and experience available in the side could shoulder it with relative ease. Coming off the back of finally winning the Champions League with Liverpool, Mane is not just the captain but an inspirational figure for his teammates. That can prove vital in the latter stages. He has already demonstrated his importance to the team scoring 50% of the sides total goals in the tournament so far.

Taking that form to the latter stages will pose a serious danger to the remaining teams in the competition. Suffice to say that at the moment, Senegal looks good as favourites to emerge champions. A win against Benin will set up a mouth-watering clash against either of Nigeria or South Africa in the semi-final. On current form, Senegal is favoured against any of these sides. Getting to the final will provide the perfect opportunity to end the continental trophy drought.

A PHP Error was encountered