Can Sevilla find their feet against Barcelona?

Machin painstakingly built his profile in La Liga. Big things were expected at the Ramon Sanchez Pizjuan. Led by their new manager, the Sevillistas raced to an early Liga lead. On 25 November, they beat Real Valladolid to top La Liga on both points and goal difference. Now, they're fourth, 17 points and 28 goals adrift Barcelona.

Their hold on the final Champions League place is tenuous. Getafe and Deportivo Alaves are a point behind, Real Sociedad three and Betis four. The title is water under the bridge and their European hopes are sinking.

Having lost more [three] than they've won [two] in their last half-dozen matches, Machin’s job isn’t under intense scrutiny just yet but soon could be. Standards are high in the Andalusian capital. The five-time Europa League champions finished seventh in La Liga last season, sufficiently sub-par to cost Vincenzo Montella his job. Of course, the former Milan boss was the second of three managers at the Pizjuan last term. Machin is almost a lifetime servant by comparison.

This weekend, Sevilla host Barcelona in a crunch La Liga encounter. The timing doesn’t particularly favour the Sevillistas. On Thursday, they play Lazio in the Europa League Round of 32. Three days after, Lionel Messi comes knocking.

On the other hand, it’s fair to say Barcelona hasn’t been their best lately. The Cules managed just one win in their last five games. The other four were draws, including the home Clasico in the Copa and the midweek nil-nil at Lyon's Olympic Stadium. 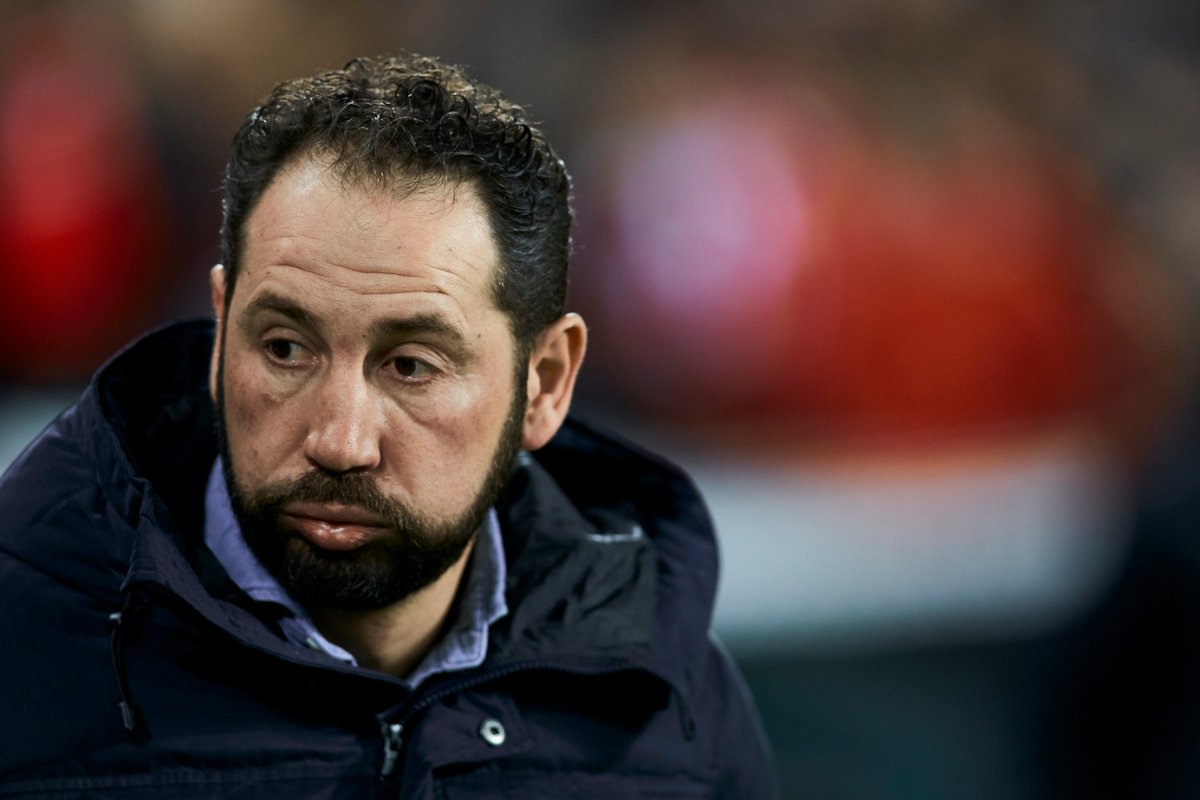 William Hill
WilliamHill
Follow
🇪🇸 The fight for the 4th and last #UCL spot in La Liga is interesting...

Even so, Ernesto Valverde’s men remain in line to win a sensational treble. They're all-square with Real for a place in the King's Cup final, can advance in the Champions League by beating OL at the Nou Camp and sit comfortably atop La Liga. The pressure is on Machin and Sevilla.

Time to be dynamic

Sevilla faced Barca at the Nou Camp in the Copa Del Ray quarterfinal second-leg, enduring a 6-1 thrashing. Machin was too conservative. They sat back and invited pressure from their hosts. Juan Soriano in the Sevilla goal was peppered with 20 shots.

Machin sticks with his 3-4-2-1 system despite losing six of his last 10 games. Perhaps it’s time to be a little more dynamic. Intransigent managers tend not to last. Slavisa Jokanovic discovered that truth with Fulham. Maurizio Sarri is testing it with Chelsea. Machin must understand adjustments are needed to put his squad back on track.

In the Copa first leg at the Pizjuan, Machin set out his side to attack while keeping things tight at the back. Wingbacks Sergio Escudero and Jesús Navas constantly tracked back to check Carles Aleñà and Malcom's runs. It ended in a 2-0 victory for the hosts. The system worked that day but it's been failing ever since. An alternative is required. A win for Sevilla can rescue their season.