What will Belgian top-tier stars bring to Premier League squads?

Players who emerge from the Belgian First Division A are often quite expensive. Premier League clubs don’t mind paying. They cough out on the price-tag because such prospects could prove to be worth their weight in gold.

Belgian top tier stars are noted to appreciate in value over time. Anderlecht’s Romelu Lukaku joined Chelsea in 2011 for £17 million. Seven years later he was sold to Manchester United for almost five times that figure. Similarly, Kevin De Bruyne's price was eight times bigger after leaving Genk to end up at Manchester City via Stamford Bridge and Wolfsburg.

The aforementioned Belgium internationals were both recruited by big-six Premier League sides. Mid-table teams have since caught up. They will no longer miss out on the Belgian elite league's available talent.

When Leicester City sought a replacement for N’Golo Kante, one was found in Genk. Wilfred Ndidi has been a revelation since joining the Foxes for £17 million. Two-and-a-half-years later, the Nigerian is now valued at more than twice that fee.

Aston Villa, Brighton & Hove Albion and Southampton have all recently entered the game. They've hunted down a trio of fine talent from Belgium's top division. Their names are Wesley, Leandro Trossard and Moussa Djenepro.

What's to be expected from each next season?

Dean Smith and John Terry have their sights set on big things following Aston Villa’s return to the Premier League after three seasons away. The Villans have financial backing from club owner Tony Xia, a billionaire Chinese businessman. It's unsurprising, then, they were the first of the three promoted sides to break their transfer record in this window.

After shoring up the rearguard with three fresh-faces, Villa went big on an out-and-out striker. They raided the Belgian top-tier to find a certain Brazilian. Goal poacher Wesley obliged their call. Club Brugge demanded £22.5 million before letting him go.

The 22-year-old bagged 17 league goals this past campaign, playing in every game but one. Smith may have found the perfect replacement for Tammy Abraham. 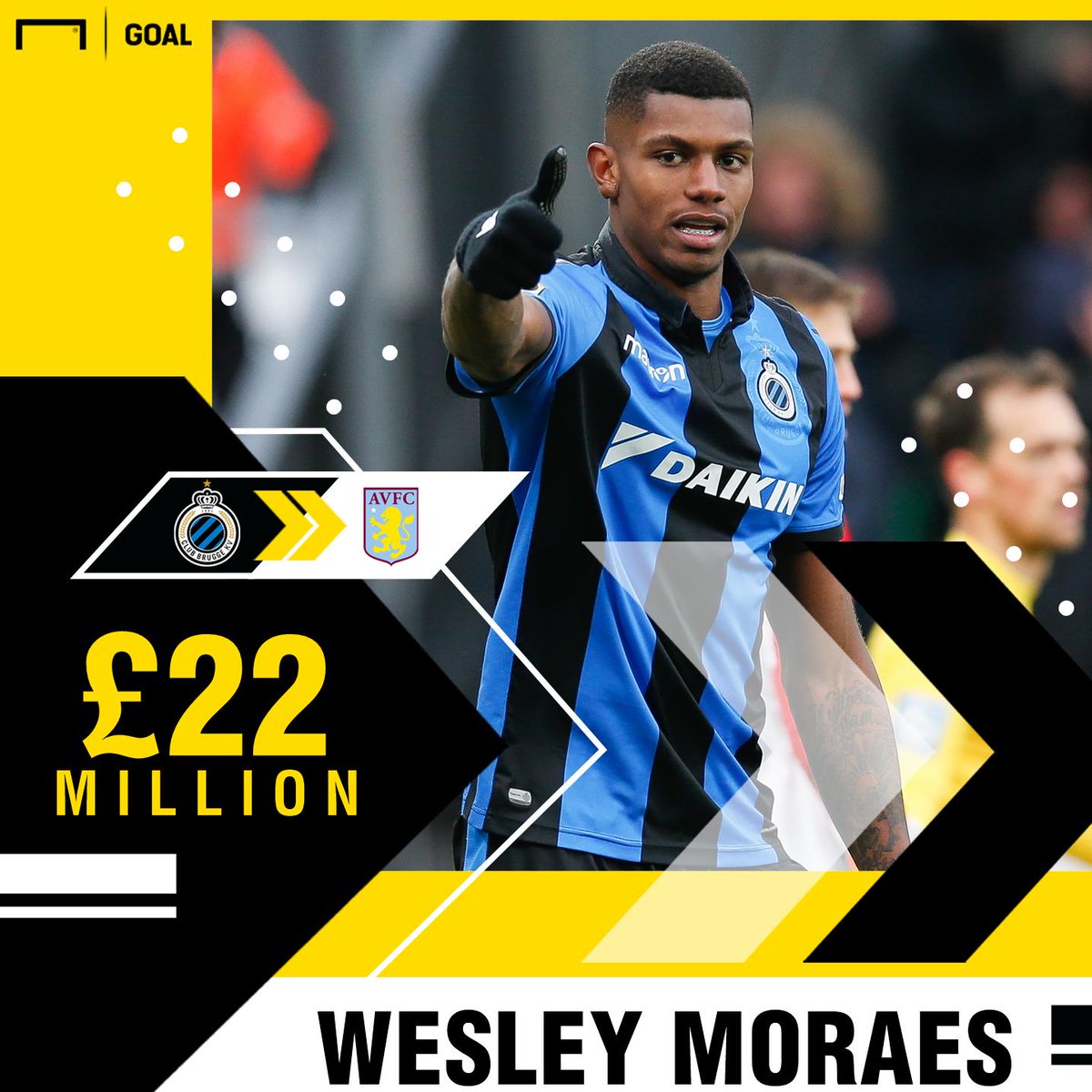 Wesley is physically imposing, quick and packs a powerful shot. Like most from Brazil, he can really dribble. This one has all the makings of a potential cash cow.

Brighton didn’t end 2018/19 as well as they’d have hoped. The Seagulls narrowly escaped relegation and were there to hand Manchester City the league title on season's last day.

Chris Hughton blamed a thin squad for Brighton’s calamitous finish. Nevertheless, it cost the Englishman his job. Even worse for him, the club's decision makers have since heeded his advice and gone on a shopping spree. Their first point of call was Belgium to sign Trossard, for a club-record £18 million.

The 24-year-old is a pacey forward who can play anywhere in a three-pronged attack. He captained Genk to a title-winning 2018/19 campaign while plundering 14 goals in 34 outings.

Trossard is rated highly in his country, although he continues to be overlooked by Roberto Martinez for the national team.

Graham Potter has brought in a quick winger, one capable of scoring goals aplenty. Anticipate a sumptuous partnership with Anthony Knockaert next season.

Southampton escaped relegation this past campaign by a mere five points. It isn't a good sign. The Saints have turned to the transfer market for a solution. They spent £20 million to take Danny Ings off Liverpool’s hands permanently. The more interesting move, though, is that of Djenepo from Standard Liege. The Malian cost £14 million.

Why look all the way to Belgium to sign a left-winger?

Ralph Hasenhuttl wanted a combination of steel and speed on the wings. The answer is Djenepo. At 21, he's showing the potential to do great things.

Djenepo scored eight league goals in 32 outings this past term. It may not be awe-inspiring but his numbers better those posted by every Southampton wide man.

There’s a sense in the signing. Yet expecting Djenepo to make an instant impact is probably asking too much.