The curious case of Manchester United and Women's Football 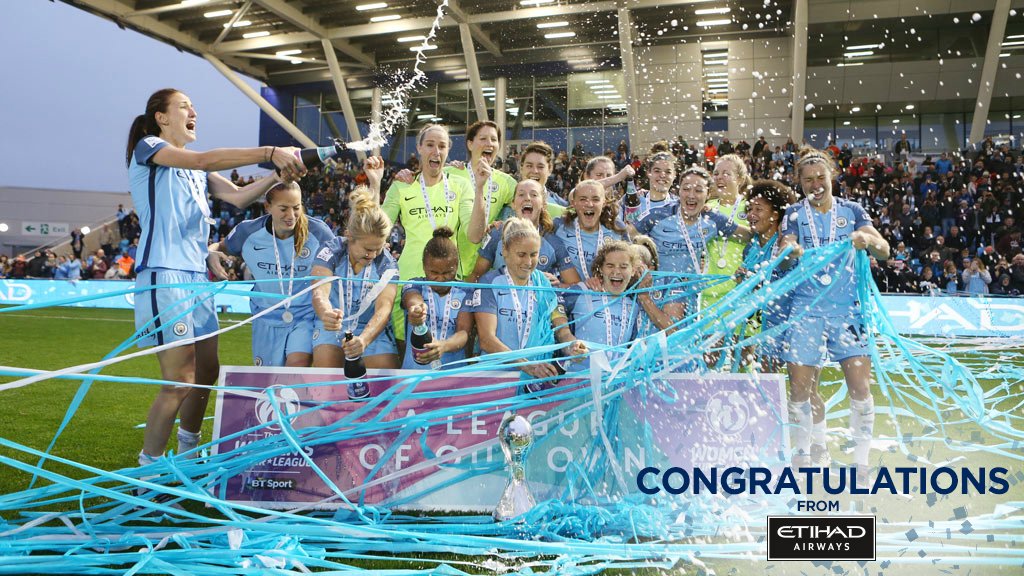 📸 👉 https://t.co/fPAXHHSZZ0 https://t.co/qmeHVoHrNR
Follow
18:29 PM - 30th Oct 16
41
115
I doubt that it has escaped your attention, but women's football has grown in popularity, both in viewership, and participation, in the last 18 months. Doubtless, much of this increased popularity can be traced back to the success of the England Women's Football Team at the last World Cup, who bettered anything accomplished by their male counterparts on foreign soil by finishing third (the best the men have managed outside England is fourth place back at Italia 90).

Perhaps its growth could even be traced back to the London 2012 Olympics, where Team GB fielded not just a Men's team, but a Women's one as well.

Although women's Football has been around in the UK for many years, with clubs such as the Doncaster Belles at the forefront, it only really began to gain attention in the media in the last 10 years or so as clubs such as Chelsea, and especially Arsenal, began to place more emphasis on their women's teams.  Arsenal were the early forerunners, winning the League Championship seven times in an 8-year spell from 2005-2012, and the Women's FA Cup, every season in the same period.

But the last 18 months has seen the North West of England stage a fight back and begin heavy investment in women's Football. Both Everton and Liverpool now have full-time Ladies' Teams, and Manchester City hit the headlines as its women's team swept all before them in 2016, completing the season unbeaten and claiming every major title available, let by one the most well-known faces of the women's game, England captain Steph Houghton. All these teams now compete in League 1 of the FA Women's Super League which is now broadcasted BT Sport.

But, I hear you ask, what about the other pre-eminent side in the North West, Manchester United? Well, they disbanded their women's side in 2005 and have stated they have no plans to re-form it. Many have speculated as to the reason for it, but the club itself has made no comment on this.

However, there is quite a paradox here as the club still runs academy sides for girls right up to the age of 18, and has actively used its own social media accounts to praise its best talents. But what then? The most talented players will likely have no trouble finding a new home at the Citys, Liverpools and Arsenals of the game, as in the men's game. But for the rest, it can be a struggle if they wish to make a career, there simply aren't as many women's clubs as men's and most aren't as well funded and run as Manchester City or Arsenal. Is a whole group of talented players simply being, essentially put on the footballing scrapheap before their career has even begun?

The Manchester United senior men's side has long been a place for youth to make the step-up. Sunday's game at Swansea was the 3,821st consecutive game where at least one academy product was named in the matchday squad, a record dating back to 1937[1]. So, whilst the likes of Marcus Rashford and Jesse Lingard, in the current squad, all the way back to Stan Pearson, Eddie Colman and Duncan Edwards, have been able to achieve a dream of pulling on the Manchester United shirt for the senior side, as fans of the club, there are now potentially generations of girls denied the same dream, on the whim of the owners, as I am quite sure most United fans would love the club to have a ladies team.

Whatever the reason(s) is/are for MUFC not having a ladies team (and I have my own opinion as to the reason) I think the club is missing a trick and a huge opportunity by refusing to re-instate its women's team.

I love the Premier League and I am a season ticket holder at Manchester United. However, I do follow my local club Bury FC as much as possible. I'm a lover of all things related to football, especially like the odd game of FIFA and more than the odd game of Football Manager. If you don't find me talking about actual football you will usually find me talking about Fantasy Football. I'm a self-confessed addict.