Why Chelsea must look beyond Morata, Giroud and Higuain

That the days of Didier Drogba running the show in the Chelsea attack and scoring goals for fun are gone is the stark reality at Stamford Bridge. But the show must continue. Chelsea hit gold with Diego Costa in 2014 and the Brazil-born Spanish international enjoyed a rich vein of form in front of goal; helping the club to two league titles in three years. But a poor relationship with manager Antonio Conte led to his stay being cut short. A failure to qualify for the Champions League, as well as problems behind the scenes such as a disagreement with the club hierarchy concerning transfers,  led to the manager’s eventual exit.

Maurizio Sarri was brought in to put things back on track. First, it was the brand of football that needed a makeover. Then, there was the desire to return to the Champions League and also win a trophy or two. Sarri’s first opportunity at silverware was in the Community Shield against Manchester City. His team came up short against Guardiola's men. Reaching the League Cup final was another chance. Again, City stood in the way. Although things are going quite well in the Europa League, the team has struggled in the Premier League.

The biggest problem has been a lack of goals. Sarri has made the necessary effort to bring in a replacement for Alvaro Morata, who failed to live up to expectations as a replacement for Diego Costa. Although Gonzalo Higuain broke goalscoring records netting 38 times in a single season back in his time with Napoli under the Italian manager, his numbers have continued to dwindle since then. That was why Juventus chose him as the one to give way for Cristiano Ronaldo to fit into the team. But Sarri must have felt he could reignite that spark with the Argentine at Stamford Bridge. Unfortunately, it has not happened. Three strikes in 10 league appearances is not the stuff of top strikers. 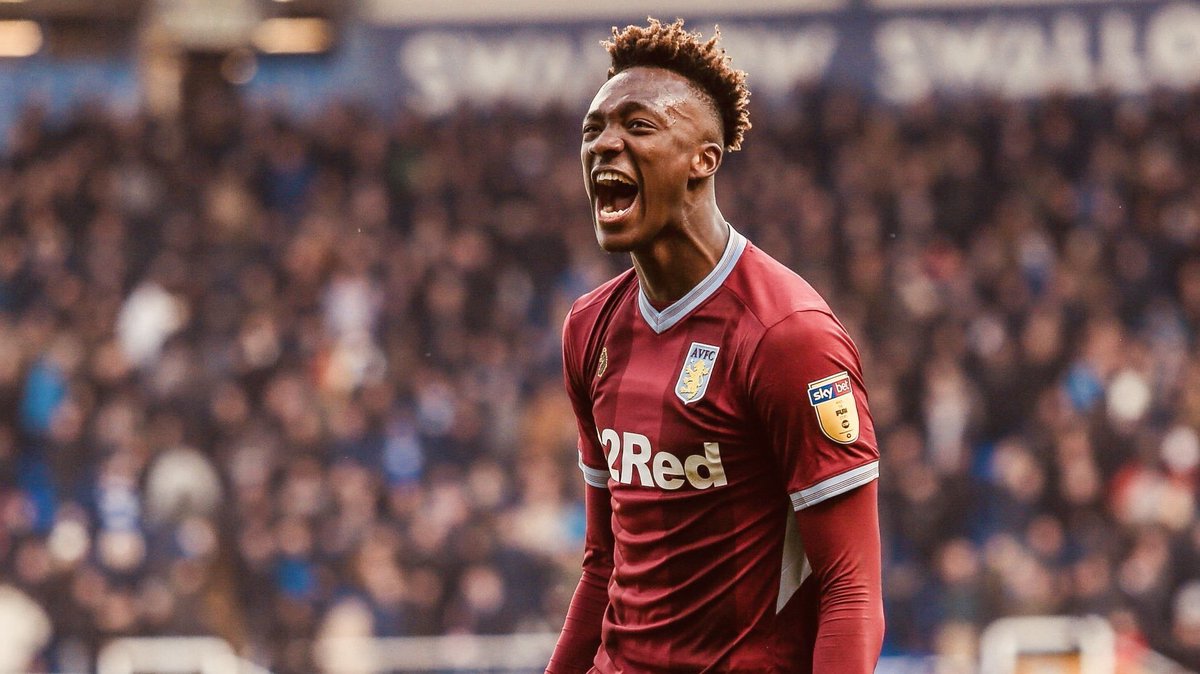 Chris Wright 🏴󠁧󠁢󠁥󠁮󠁧󠁿
chriswrightzz
Follow
25 Championship goals this season for Tammy Abraham! I've had my doubts but my opinion is starting to change. Maybe he does warrant a fair chance at Chelsea. With a potential transfer ban the club must look to Tammy & give him a deserved opportunity to prove himself. #LoanWatch https://t.co/j9ryvwRJrw
Follow
16:56 PM - 19th Apr 19
51
631

Sarri has the luxury of Olivier Giroud on the bench. The Frenchman has been prolific in front of goal in the Europa League. Scoring 10 goals in 11 games is no mean feat. But it is in the league that the picture turns gloomy. Two goals in 25 appearances is downright pitiful. That is not the form of a striker playing for a team contending for the top four much more fighting for the trophy. Hence, Chelsea will need to look elsewhere for solutions.

First off, Chelsea has a young hotshot in Tammy Abraham. The 21-year-old is turning heads in the Championship helping Aston Villa secure promotion to the Premier League. With 25 goals in 37 games for the Claret and Blue, the young Englishman is proving he knows how to find the back of the net. At 21, he can be the future at Stamford Bridge deputising for a proven goalscorer at the top level.

Speaking of proven goalscorers, there are many in Europe. A few come to mind. Atalanta’s Duvan Zapata who has 21 strikes in 32 league outings for the Serie A side is one. Then there is Napoli’s Arkadiusz Milik who has netted 17 times in 30 Serie A games. There may be competition for Eintracht Frankfurt’s Luka Jovic. But that is because the Serbian can do the needed job. If Chelsea is really serious about solving a pressing problem, then the club should be ready to compete for top talent.

Another name worth mentioning is Lille’s Nicolas Pepe. the 23-year-old has been a revelation in Ligue 1 this season. He has scored 19 times in 33 league games. Those are goals that Chelsea could really use. At 23, he is yet to reach his peak. He can become the next Didier Drogba at the Bridge and bring with him the attendant success.