Why Tottenham's Mousa Dembele must consider his next career move carefully

Moments arrive when even the best footballers are forced into making tough decisions to advance their career. The primary example this summer is Cristiano Ronaldo leaving Real Madrid, but Mousa Dembele is no different.

The Tottenham midfielder excelled at Eredivisie side AZ Alkmaar during a four-year stint before joining Fulham for the 2010/11 Premier League season. Then 24, consistent performances in west London granted him a bigger platform to flourish. He totalled 75 appearances in two full seasons, should have played more but for troublesome injuries during his first campaign.

His importance to the Cottagers cannot be understated. During the 10 league games he missed that season, Fulham only took six from a possible 30 points. A £17 million switch to north London was completed just before deadline day in 2012. White Hart Lane became Mousa's new home.

Dembele turned 31  this week. So fleeting is football memory, it feels as though he's been playing in England forever. An important figure in the Spurs side, recurring injuries have disrupted his flow for lengthy sessions. Across all competitions, he has made 39 appearances in each of the past two seasons.

His absences haven't aided Tottenham's persistent chase after silverware. Those trademark flashes of individual brilliance from seemingly nothing, marauding runs from midfield and deft bits of skill, have appeared less frequently than you'd want.

Why Tottenham still suit him

Dembele and Victor Wanyama combine to make a frightening midfield duo. Opponents know they're in for a battle when either takes the pitch. Despite his injury issues, Dembele has always performed at the highest level when available While Spurs might be coy in public with regards to his future, they know he remains an important player and a fan favourite.

He's a better option than Moussa Sissoko, more experienced than Harry Winks, more mobile than Eric Dier. A grafter who battles for his teammates, the team will benefit if he stays to fight for a starting role.

Why they are no longer a good fit

Tottenham cannot afford to rely upon injury-prone players like Dembele They've invested heavily for the future and need younger players that Mauricio Pochettino can mould going forward, as he is doing with the likes of Dier and Winks.

Competition for places will continue to intensify. It's no surprise Spurs have been linked with players like Jack Grealish and Lyon's Tanguy Ndombele. Both are eager to prove themselves ahead of the new campaign. Dembele has been a key cog in the Spurs midfield for six years, but it's time for a new generation to step up. 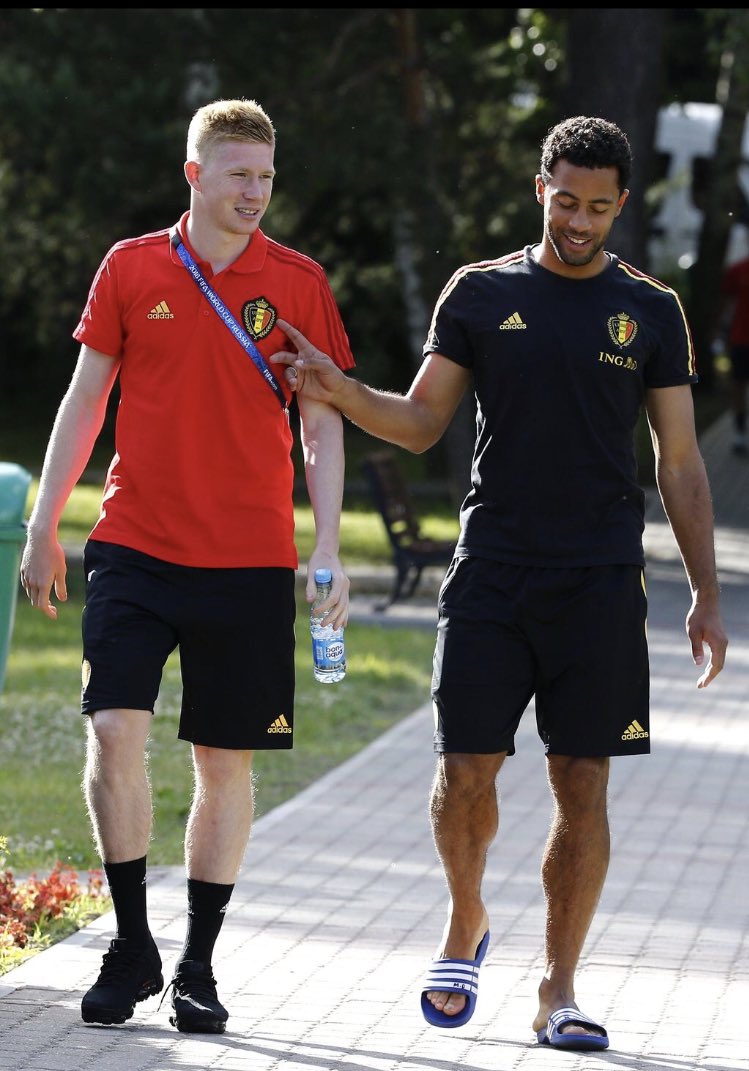 “I won't say that I'm leaving Spurs right now. Or that I'm staying. If I leave, I won't join another English club. Tottenham is my team.”

He admits that he talked with Witsel and Carrasco about 🇨🇳, with Ciman about 🇺🇸.

At the least, Dembele must remain in Europe

With less than a year remaining on his existing deal, Dembele has left his options open. That's never ideal from the club's perspective. They would rather cash in than risk him running down the contract even though there's not much time for deliberation.

In 151 Eredivisie matches, Dembele netted 32 goals and created a further 18 assists. In 233 Premier League appearances, he has less than 27 goal contributions combined. Granted, he was playing in a variety of positions - whether it was defensive midfield, the number ten role or featuring from the flanks. Predominantly though, he has played in central midfield, where players are typically not expected to score regularly, nor create countless assists.

You could also argue the Dutch league is weaker than England's top flight, both in physical terms and quality. With Pochettino's demanding training sessions taxing his brittle body, it's understandable Mousa might be looking for pastures new to avoid further time lost.

If so, it's imperative he chooses the right team and environment. The Belgium international is seeking one final bumper contract. Tottenham appear unprepared to offer him improved terms. Serie A side Inter's reported approaches have allegedly been rejected.

He might receive enticing offers from Major League Soccer and the Chinese Super League. They should be ignored. Dembele is too good a player and not yet old enough to be considering such offers.

Fenerbahce? Turkey is not good enough, either. Instead, he should pursue a move to one of Europe's top five leagues. Italy or Spain could prove the most beneficial. Many sides would benefit significantly from adding a player like him to their starting eleven.

Even with his injury history in mind, Mousa Dembele represents a calculated risk that is worth taking.

Mosope Ominiyi
Mosope is an enthusiast of young talent across European football. Former sports editor at VAVEL, he writes for a range of different sites - follow him @Football365Mo to keep updated with his writing on various platforms.